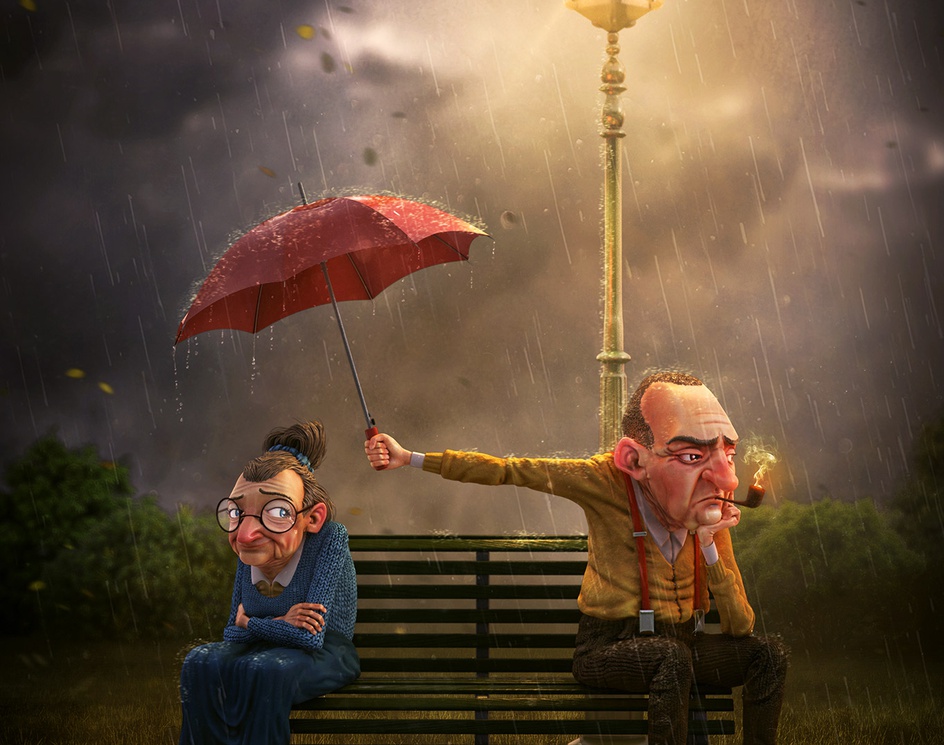 3D illustration based on a 2D concept I found online. I really liked the story and characters and decided to translate them into 3D as my practice for a course on ZBrush Workshops - Stylized Character Design with Michael Defeo. Modeled from scratch in ZBrush, retopologized and rendered in Modo and composited in Photoshop.