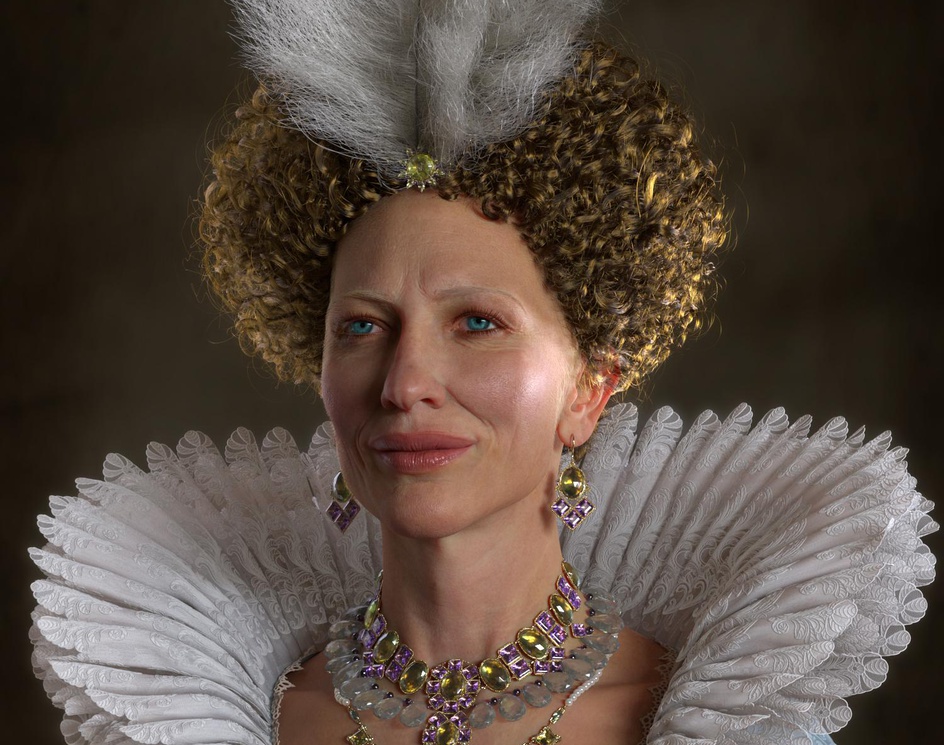 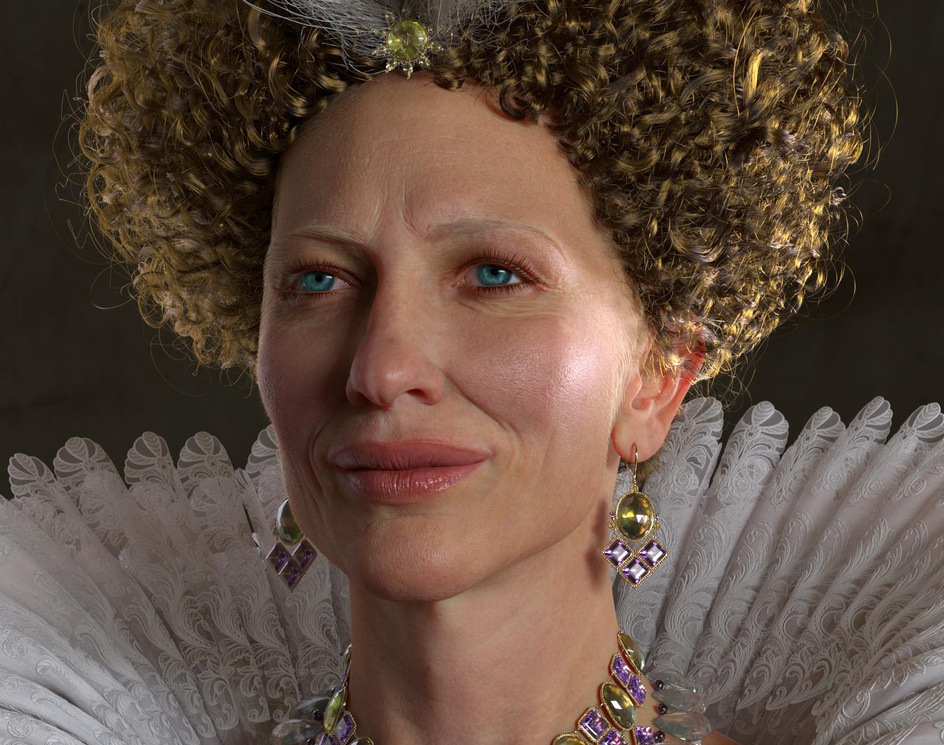 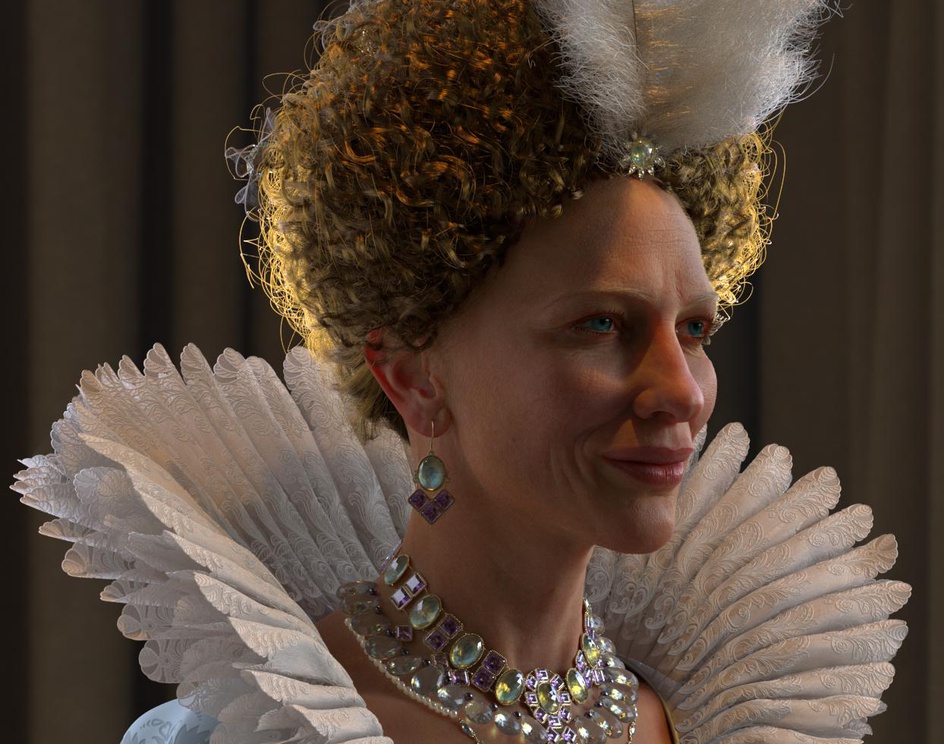 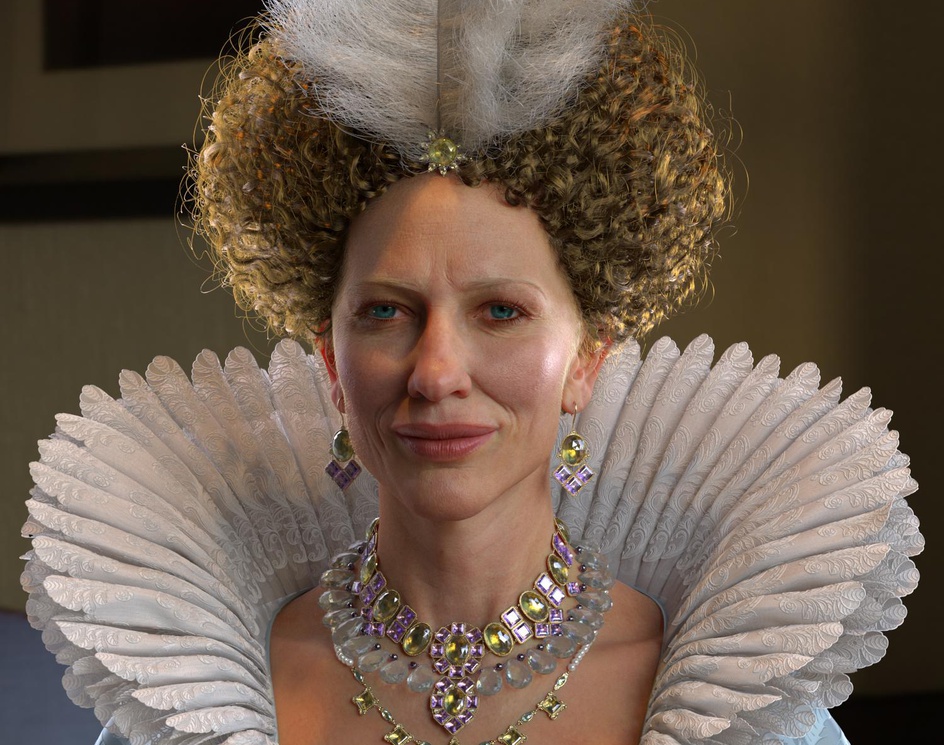 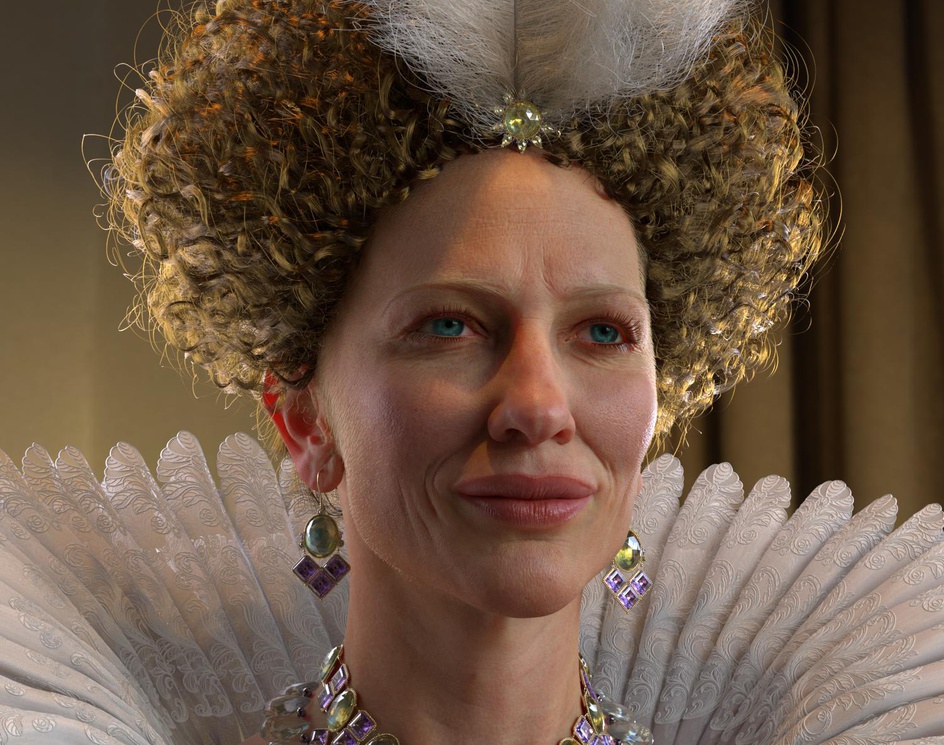 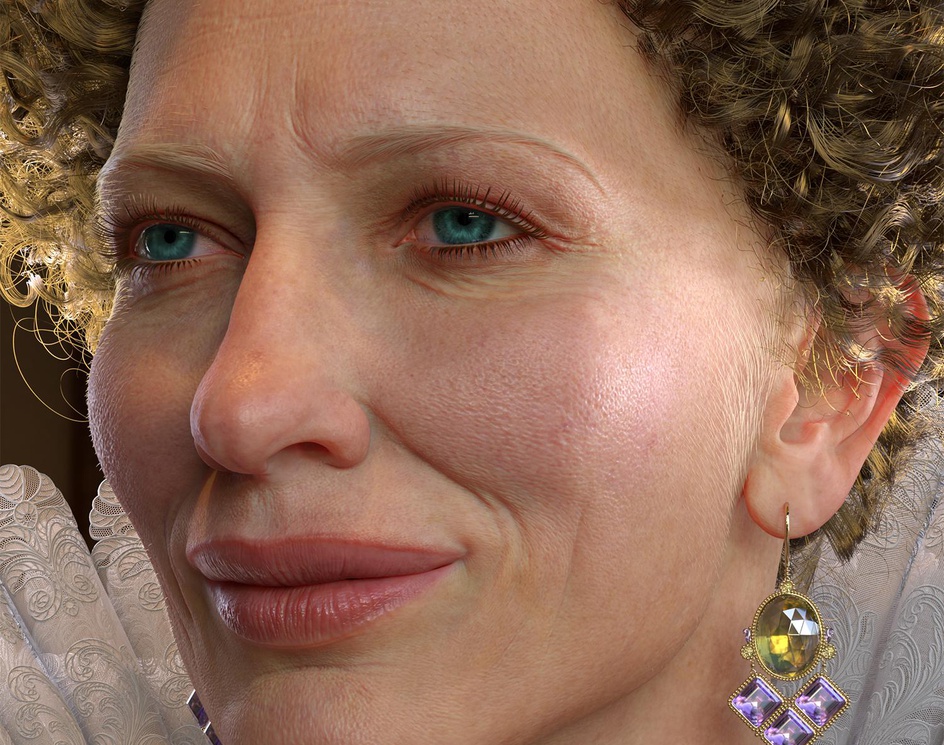 Elizabeth-I was Queen of England and Ireland, the last Tudor monarch. A virgin queen who saw herself as wedded to her country.
Her 45-year reign is generally considered one of the most glorious in English history. The Elizabethan era is named for her.

I have used Zbrush to sculpt the portrait of the queen with the help of reference from the movie Elizabeth: The Golden Age, directed by Shekhar Kapur.
Actress Cate Blanchett played the main role in this movie. Used Mari for texturing. Rendered in Arnold Maya. Xgen has been used to create her hair.