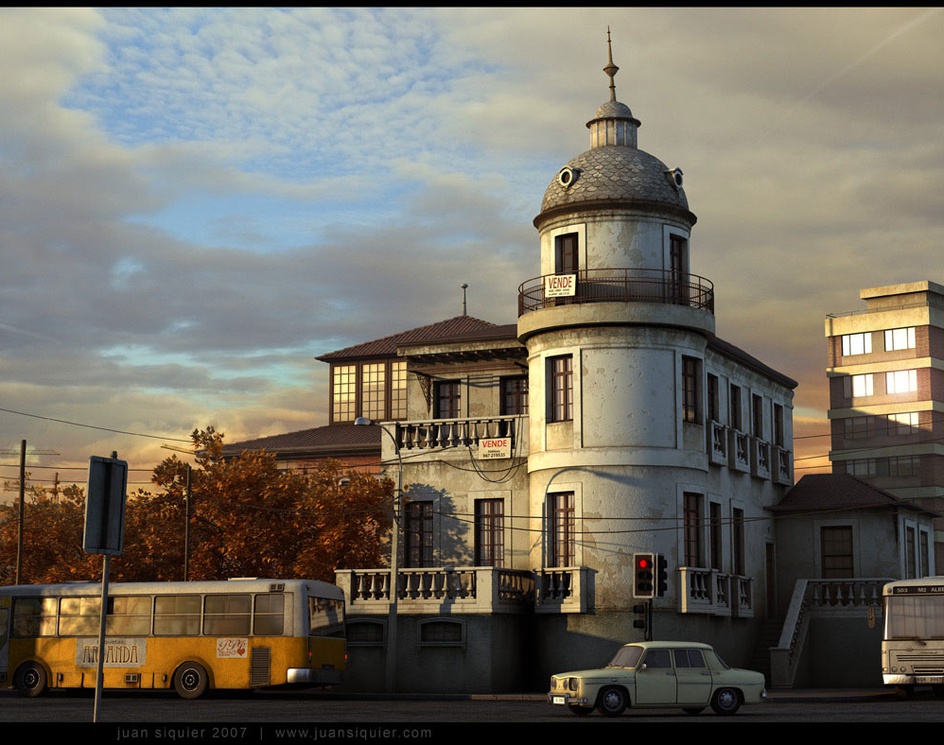 'The bewitched house of ?u?oa'

Here I go with a new 3D old house, I?ve based the ilustration on a photo by Jose Barrera who gave me the requested permission for making the 3D version. The house no longer exists because caught fire and it was destroyed, there were some rumors about strange paranormal effects in this building.

I made the scene during my few free time using 3dsmax for modeling and UVMapping, Vray for shading and rendering, Bodypaint and Photoshop for texturing and Onix Tree for making the trees.

Some 3DTotal textures were used for making the image, mainly dirt maps from the CD-05