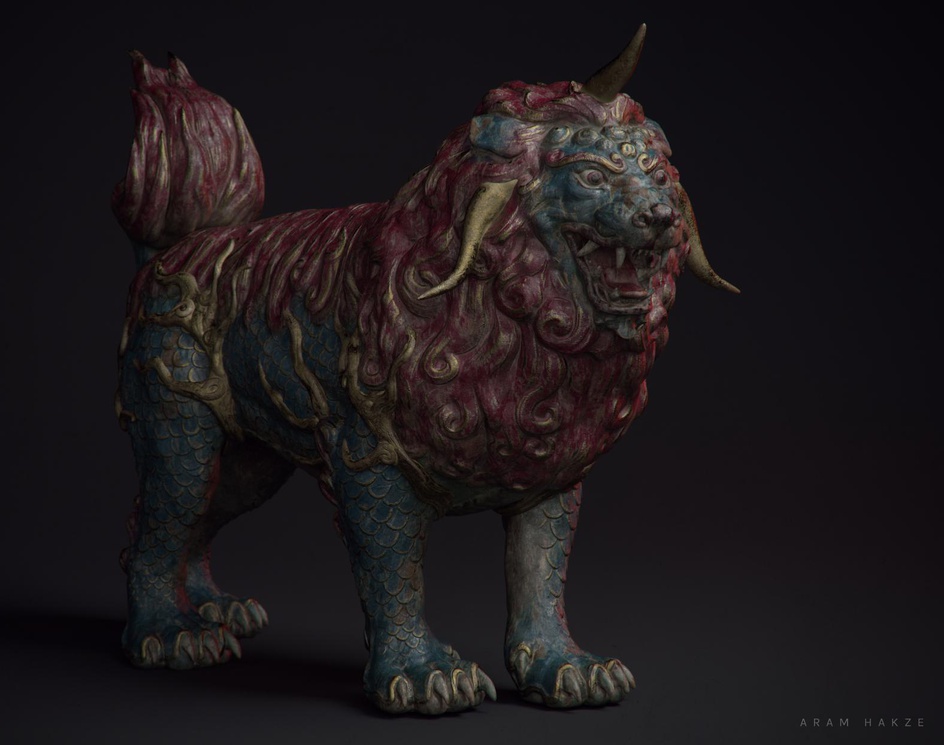 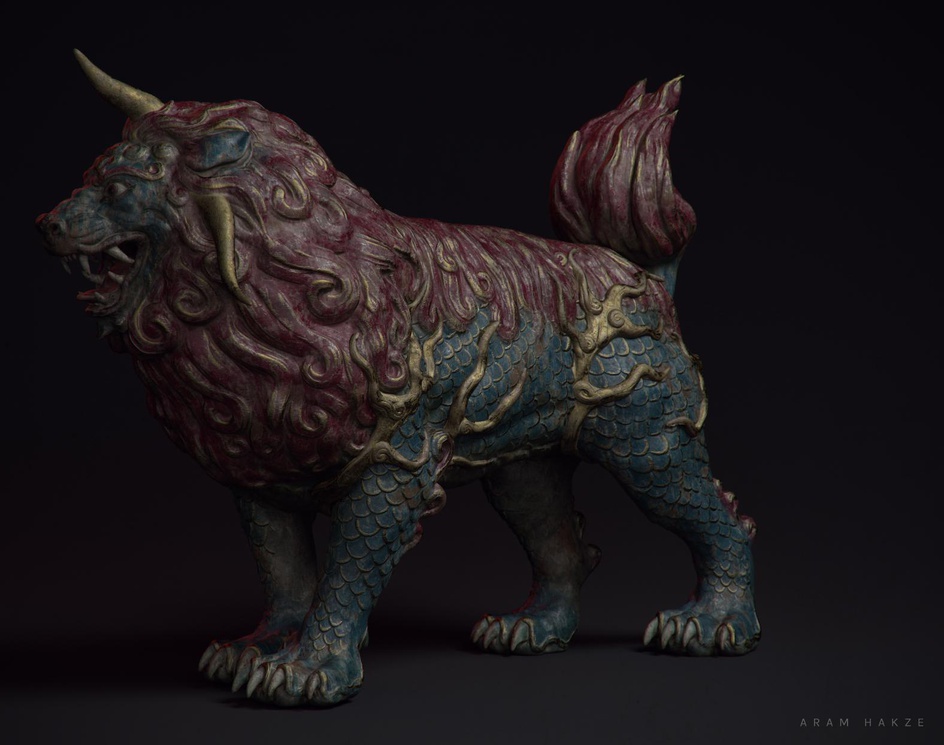 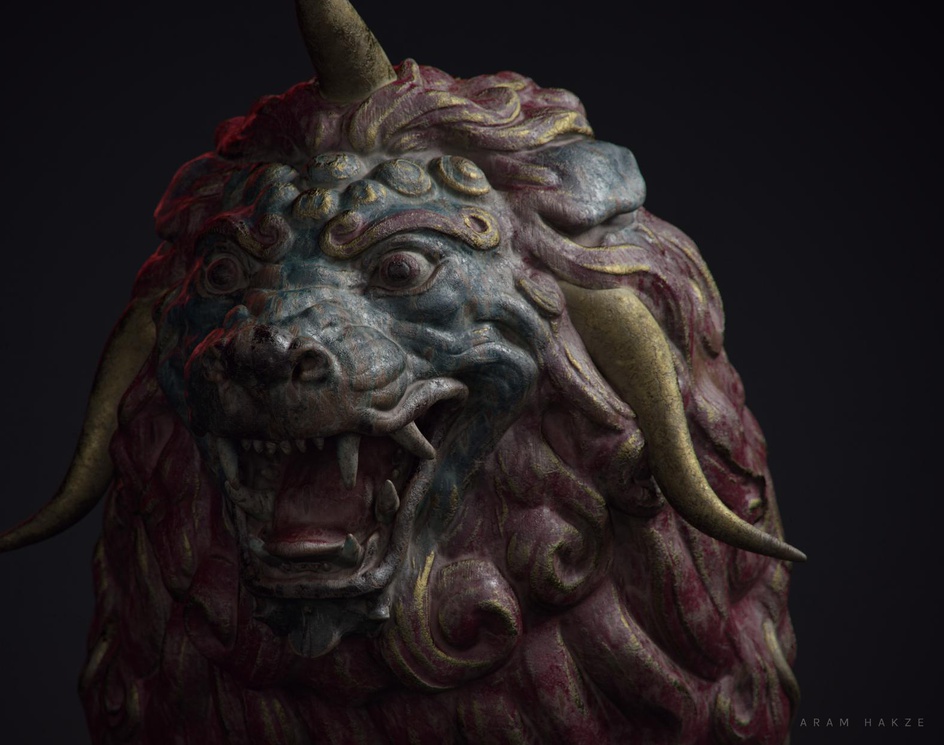 While Chinese New Year was drawing closer, I was inspired to create the new year monster called Nian from Chinese mythology.

One of the many legends that are part of Chinese culture, a long time ago there lived a horrible man-eating monster named Nian.
Every year on the first day of the year, the creature would return and wreak destruction on village after village.
According to the legend the creature feared loud noises and the color red.
It has become a tradition that every new year the streets are filled with music, loud drums and fireworks. Red signs are hung on every door as well as paper lanterns to scare off any demons that might come.

In Chinese the word for New Year is Guo Nian. Which literally means to "overcome Nian". .