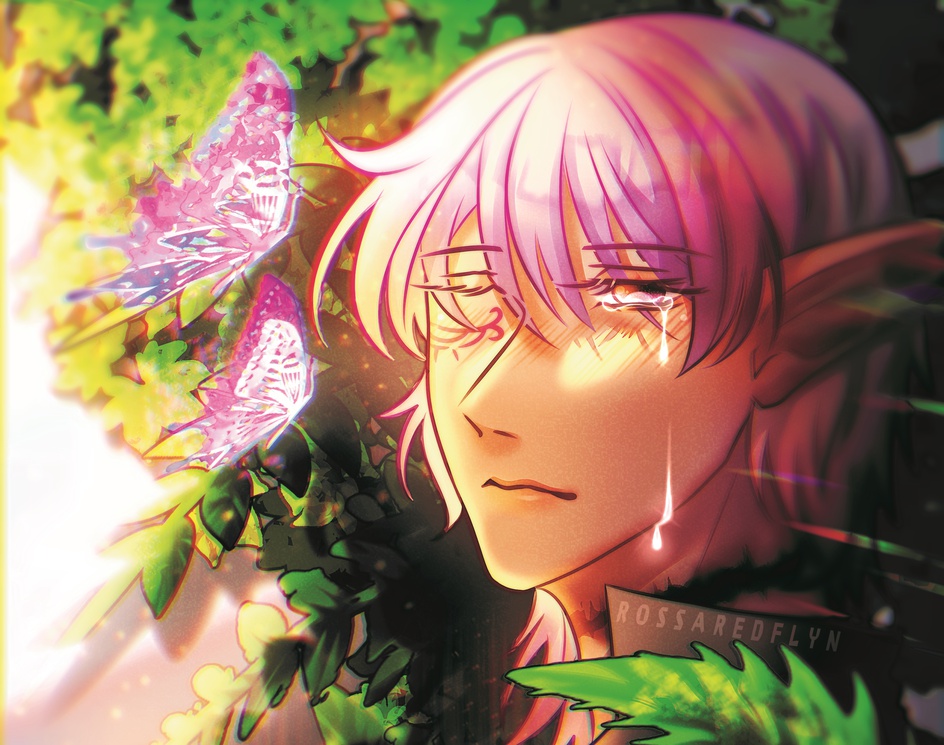 One of my favorite original character! Name's Ray, he is the last pure elf from the clan named Davinton, a lonely boy whose cursed by his bloodline, making him unable to die.

The tattoo on his right cheek is 'modena curse', it represent eye and half winged butterfly, only the pure davinton elf has it on their body.

The eye means that he's constantly being watched by his ancestors, forcing him to keep the bloodline pure by marrying no one but someone from his clan (theres no one left, only him, so he'll be single forever). The half winged butterfly means that his movement are limited due to the clan's curse.

He got scars on his neck because of selfharm, he stopped and covered them, but now he is confident to show everyone the scars, he wants everyone to know that he's been through hell.

Ray fell in love with a girl that loved him back, unfortunately they didnt end up together.