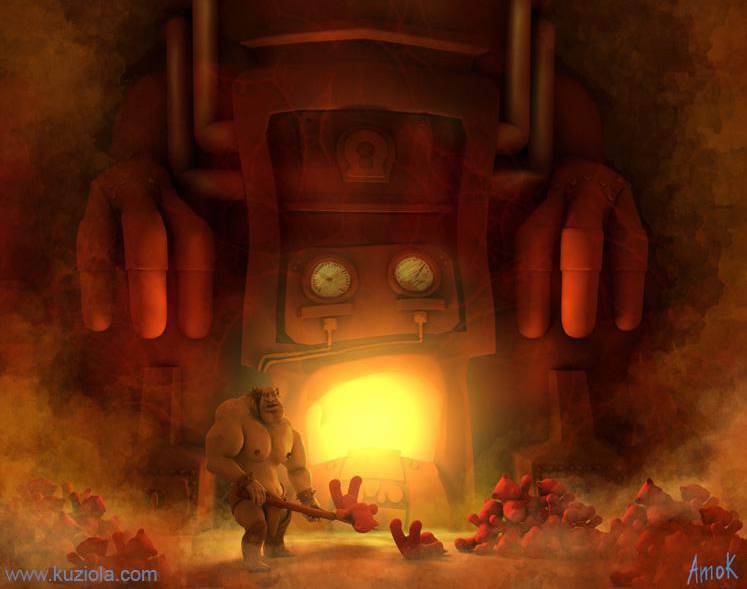 Pandemonium. Diabolical Boiler God hungry for innocent, cuddlesome teddy bears. I was inspired by human sacrifice for Tēixiptlas in ancient Aztec civilization. Modeled in Cinema4D and ZBrush, rendered in Cinema and then Photoshoped. It was published in "Expose 7" and on the cover of the 3D Attack Magazine andwon the 3rd place in the "Boiler Room" Contest.