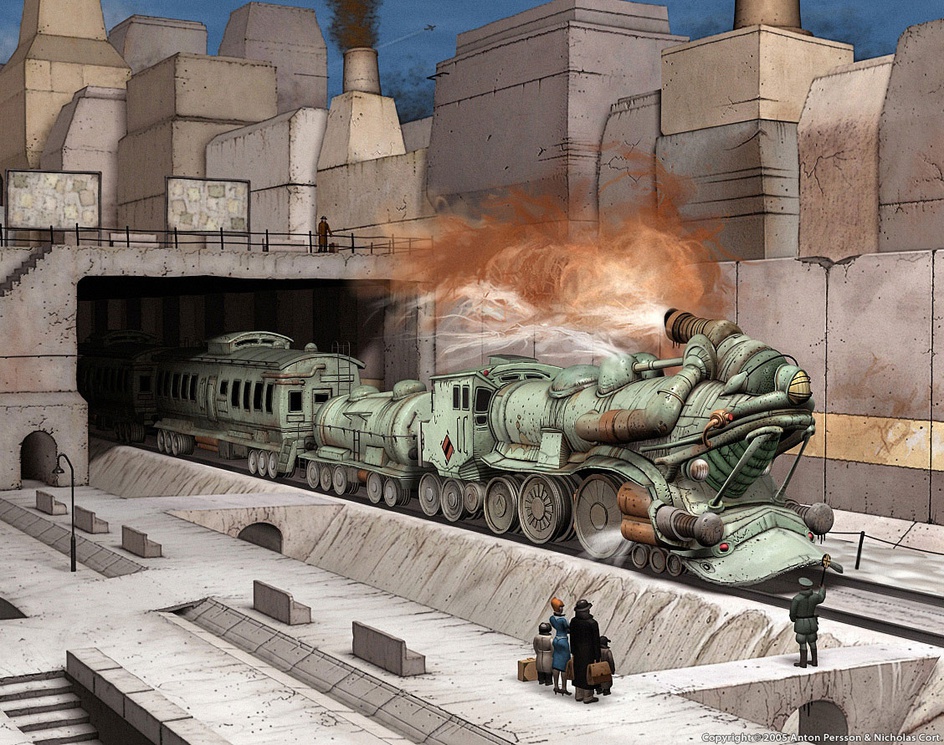 The idea was to take an existing drawing and analyse to what degree the image could be reproduced using 3d. In our case we chose the following comic book cover by Enki Bilal:
http://www.bedetheque.com/Couvertures/QuaidesBulles_25102003.jpg (Please note that this is not the exact image we reproduced, the original we used can be found in Enki Bilal's cover book L'Etat des Stocks 1999 on page 51).

The process started with an exact reproduction of the original image, which you can view here:
http://img70.imageshack.us/img70/7738/remakehr3wr.jpg (Everything in this image except the smoke is made in 3ds max 7).

The next step was to expand on both the concept and scenery of the original image. That result is the image you see above. Our goal was to create new
objects which seamlessly fit into the whole world Bilal created in the original image, while using 3d-elements like specular highlights to make the
image more interesting visually. Hopefully a casual observer viewing both the Bilal original and our recreation of it won't realise it has been made
by separate artists.