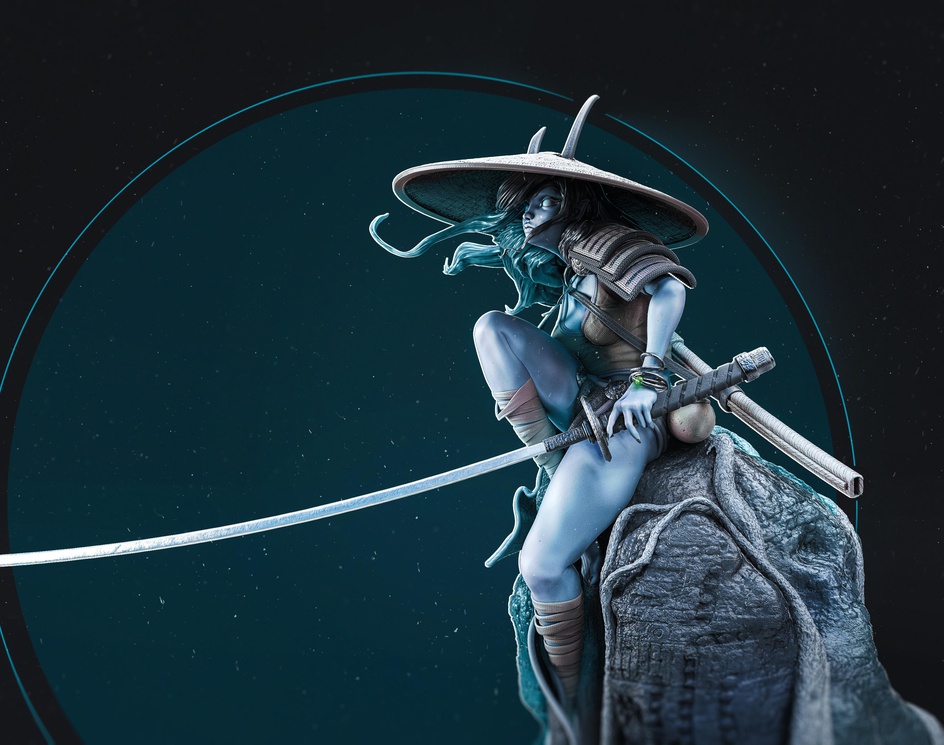 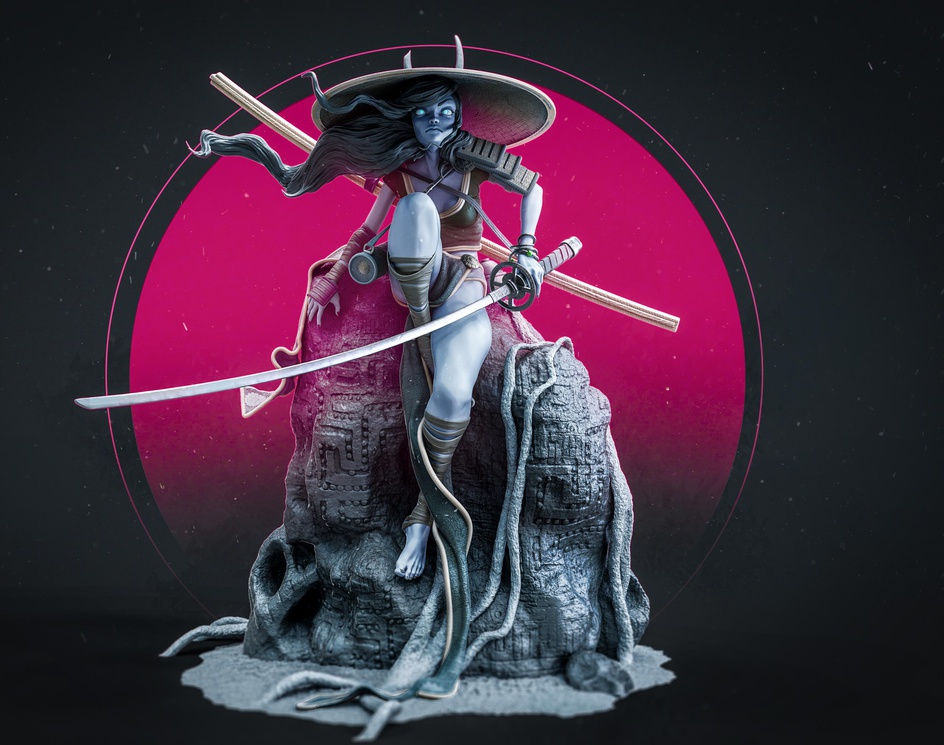 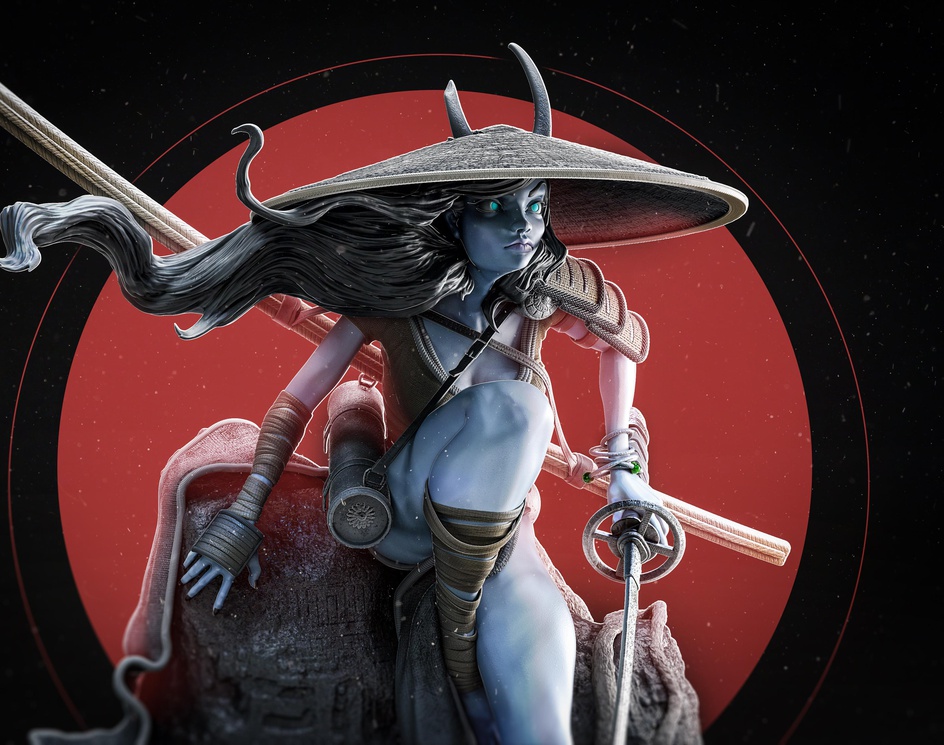 Nodashee is samourai girl who fights to defend her ancient village after a first attack which made a lot of victims. She never stops learning to fight and how to use the nodachi.
The story tells that the village is now a ghost town, and it's impossible to go in there as a ghost is defending it... lots of warriors tried to go there but never came back,  apparently a girl with a longsword stayed undefeated for more than 200 years...
Only some wizard manages to make a deal with her, sometimes she can be called through magic to help in a fight, she becomes a sort of chimera.
Zbrush + Keyshot