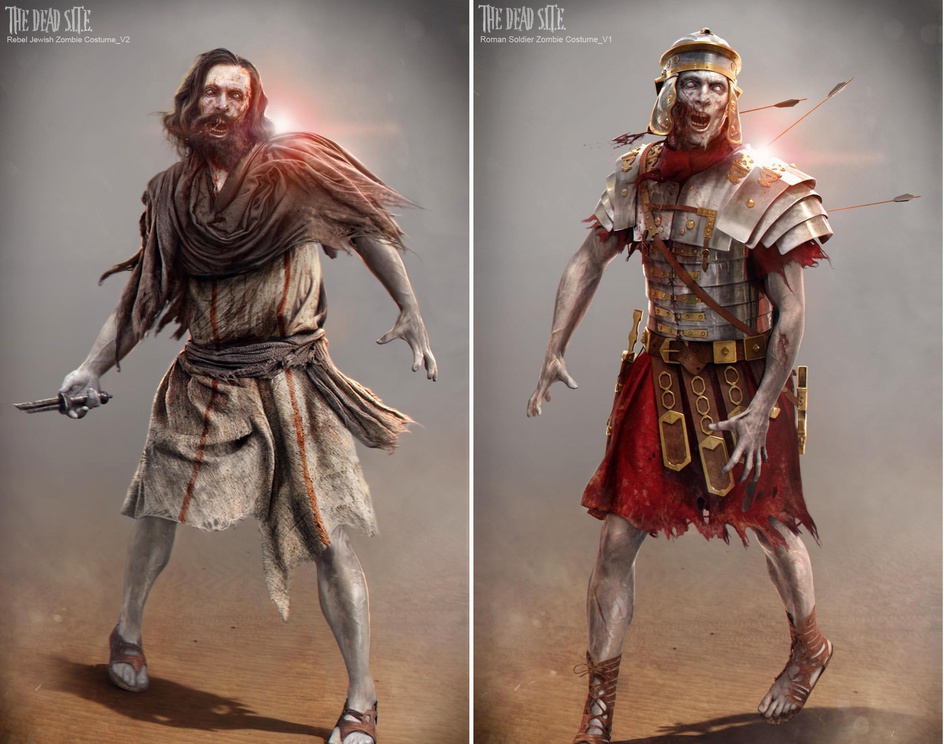 The Dead SITE - Rebel Jewish Zombie Here one of the Costume/Character Design I did for the movie "THE DEAD SITE" for Wolk FIlms. The one on the left is a Rebel Jewish, or called Sicarii because they carried sicae, or small daggers, concealed in their cloaks. He died and turned into a Zombie to fight the Roman army. The other is a Roman Soldier turned into a Zombie , back for some fighting I tried to stay true to the original, simple outfit that they wore at that time.