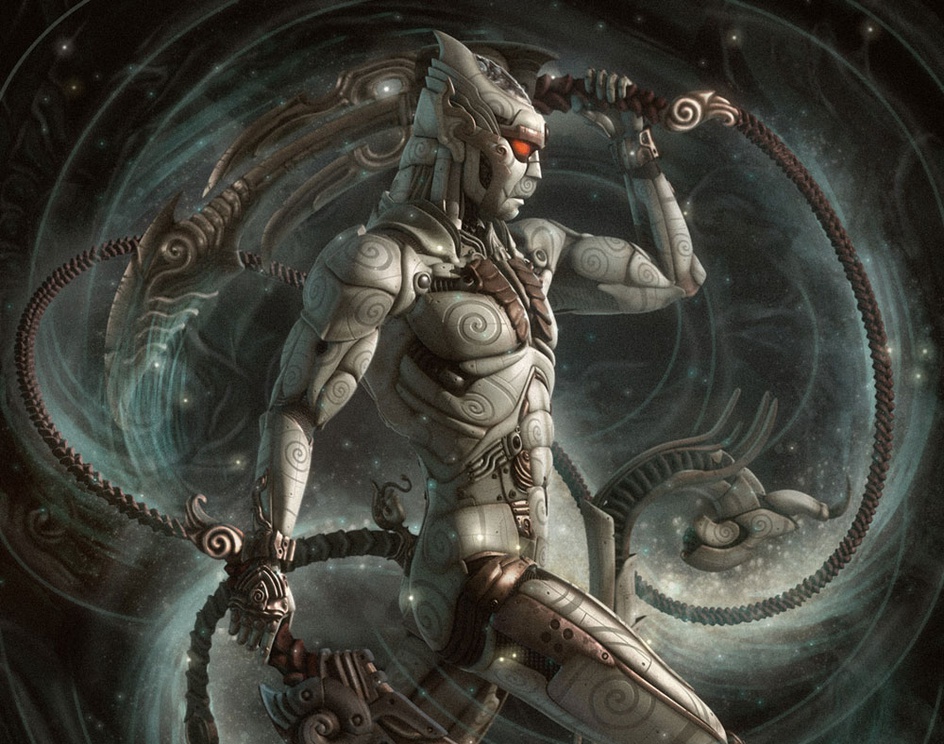 
The inspiration: I impressed in one character of Thai fiction 'Ramayana', was named 'Hanuman'.In the story, Hanuman was an important and
closed general who faught side by side Phra Rama, who is the Prince of the human tribe in the war with the giant tribe. Hanuman came from the ape tribe. He had a talent (Transform his scale to be the large size) and be friendly.
He was the most clever and powerful so he would be the best general of Phra Rama.
Concept of character design:In Thailand,mostly people khow Hanuman as a sign of intelligence and loyalty.So I design Hanuman to be a hero who fight the demons. His weapon is the couple of swords which get the magnectic power of the universe to destroy the enemies.
Concept of image: This pose,Hanuman is swaying his swords and charging the magnectic power of the universe into the swords.