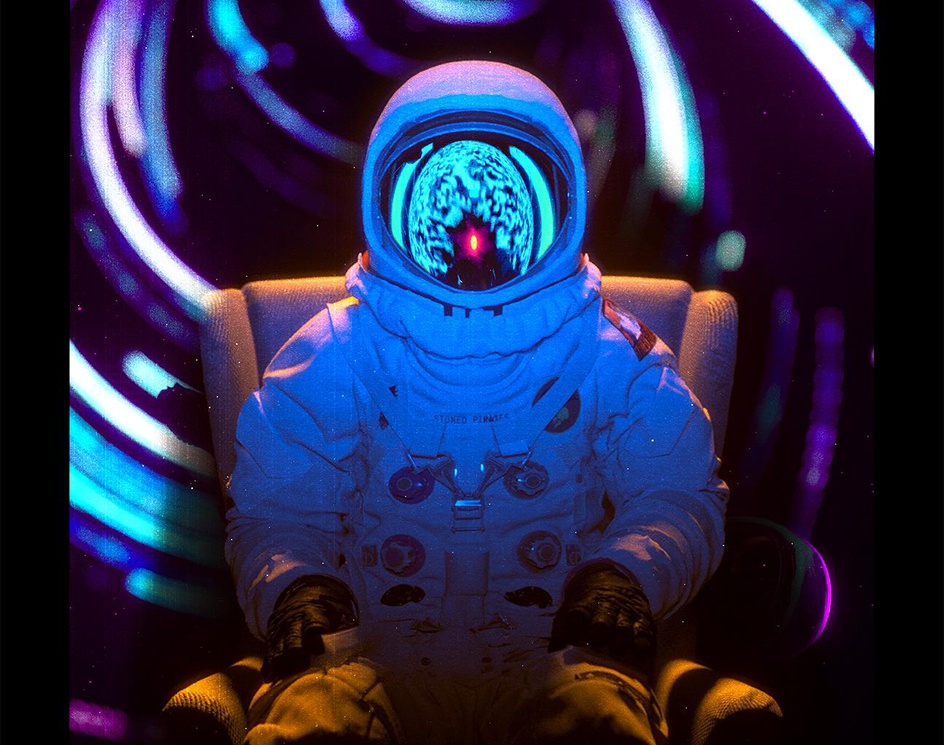 First of all, allow me to introduce myself, Khaled, Gnomon VFX graduate, UCLA directing graduate, and self taught musician.

for the release of my debut album "Flag Skull and Rock n Roll" I wanted to make a music video for the song Nothing, that I thought is the most cinematic sonically.

For some time, I thought about a concept for this music video, and all I saw was black, dark, empty spaces, objects floating and moving very slowly.

I wanted to capture the meaning of nothingness using all these ideas, so I thought about an astronaut, going on a journey through a representation of his own mental space.

I worked on this video for a couple of months, from preparing the shots, storyboarding, refining the story etc...to rendering, and editing.

my strongest skill is mainly lighting and look development, concept art, texturing and sculpting. I am not much of an animator so I relied heavily on Mixamo mocap animations, that I tweaked accordingly to my needs on Maya. I found that the time editor tool is very useful in this situation, it allowed me to effectively blend animations, slow them down, tweak the rig, etc...

Because of the lack of resources and knowing that I only have access to one machine and just about a month before I have to release the video, I had to optimize the render time drastically, most shots are less than a minute of render time. The frame ration I chose is also an artistic choice, I wanted the video to look like a box, the whole story is trapped inside a box.

Most models are from Sketchfab, CGTrader, Turbosquid.

All other aspects are done by myself, including Lighting, Shading, FX sim, extra modeling and animation, Writing, Editing, Directing and Music.

I really hope you appreciate this piece and the effort put into it. Thanks for watching.