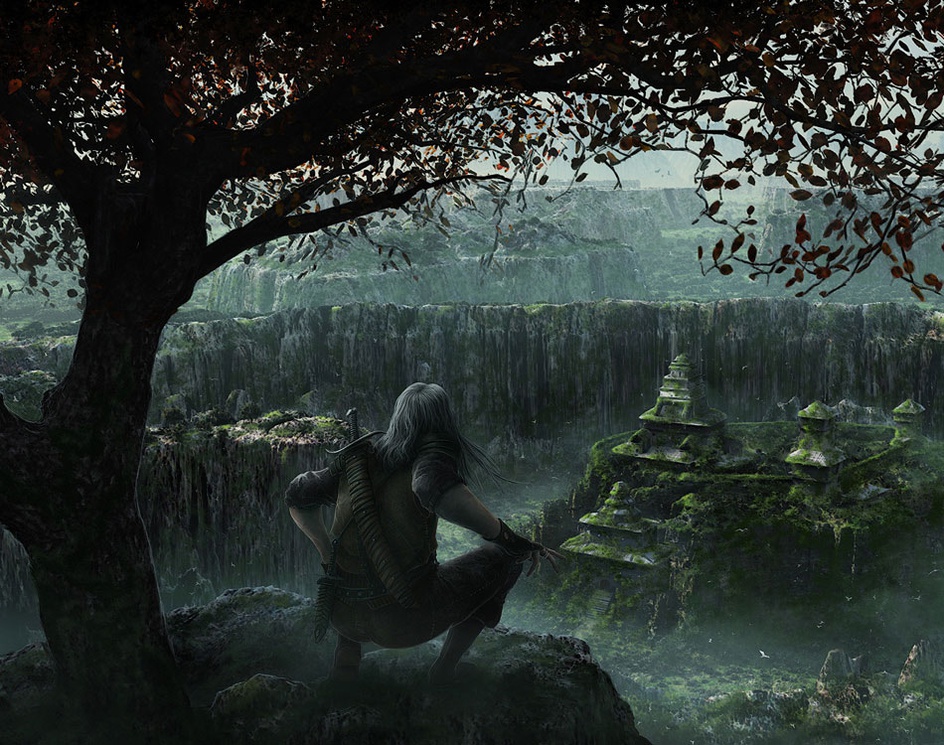 Greenpits region had always been the keeper of many secrets. Though, on that particular day one of its secrets was about the reveal. Arbane was on a dangerous quest of looking for the loathsome orcs who had recently chose Greenpits' jungle as their new home and whose favourite hobby was to raid the unlucky trade convoys passing through. Arbane was determined the slay those creatures, he wandered deeper and deeper into the woods and found something... Not what he was looking for but something ancient... There lied the Temple of Cellannor, hidden out of sight for over 500 years.

After months, I finally got the chance to make a personal piece, so here it is. Thanks to my sister for the little story... I used vue6 on the environment for the first time and I loved it:)