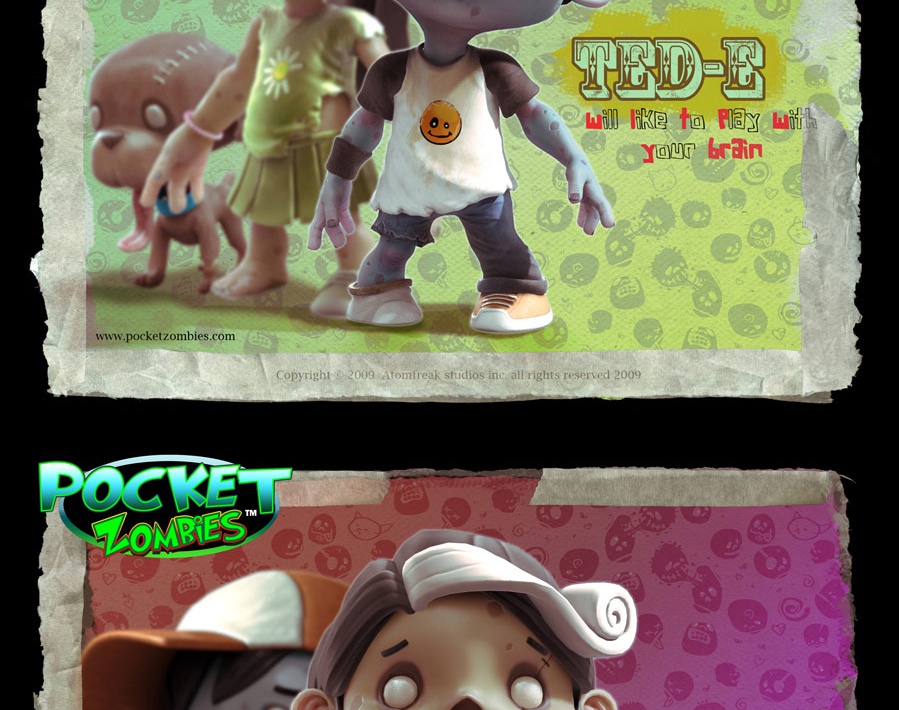 A few months ago I did some tos work for Atomfreak Studios: www.atomfreak.com. I did the 3D modeling, texturing and rendering of 3 characters based on 2D concepts made by Eric Belisle, www.ericbelisle.com/. The final magic touch on the renders was made by the founder of the company, Alexandre Rodrigue. The Pocket Zombies website launched on 8th August, and I was given the go ahead to post the 3D renders and pictures of the prototypes produced by Ownage, www.ownage.com/. The website was made by Benoit Tremblay. We are all very existed about this launch! www.pocketzombies.com