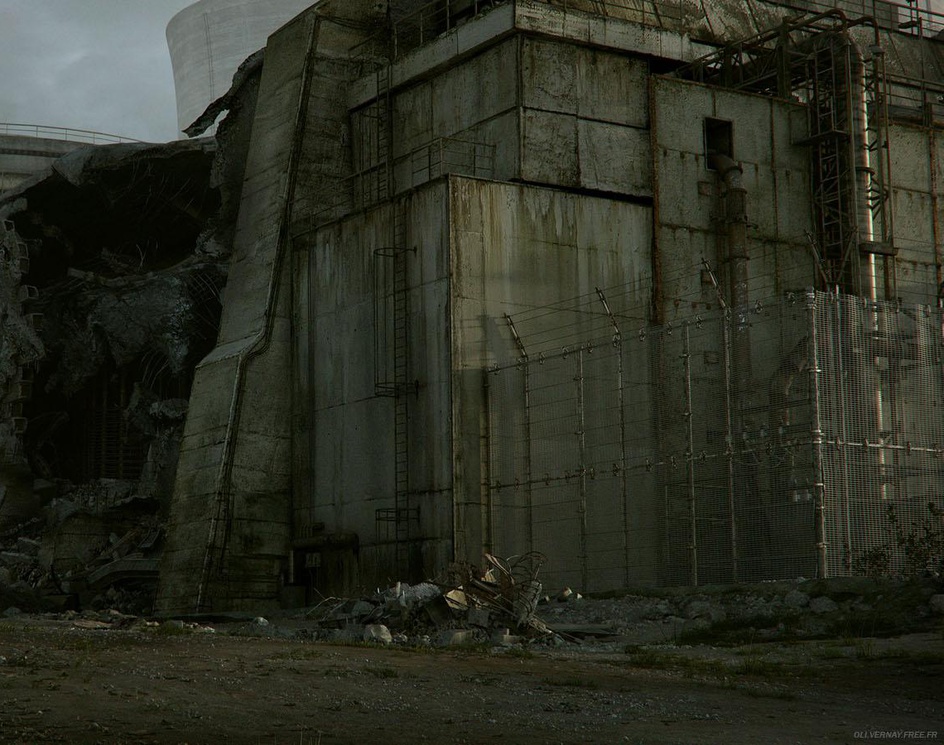 It's the Three Mile Island nuclear plant, Made for a Wolverine game cinematic in 2008. The bunker in the foreground doesn't exist in reality. For the right part of the bunker, I was inspired by the Chernobyl's reactor sarcophagus, which I found very interesting visually.