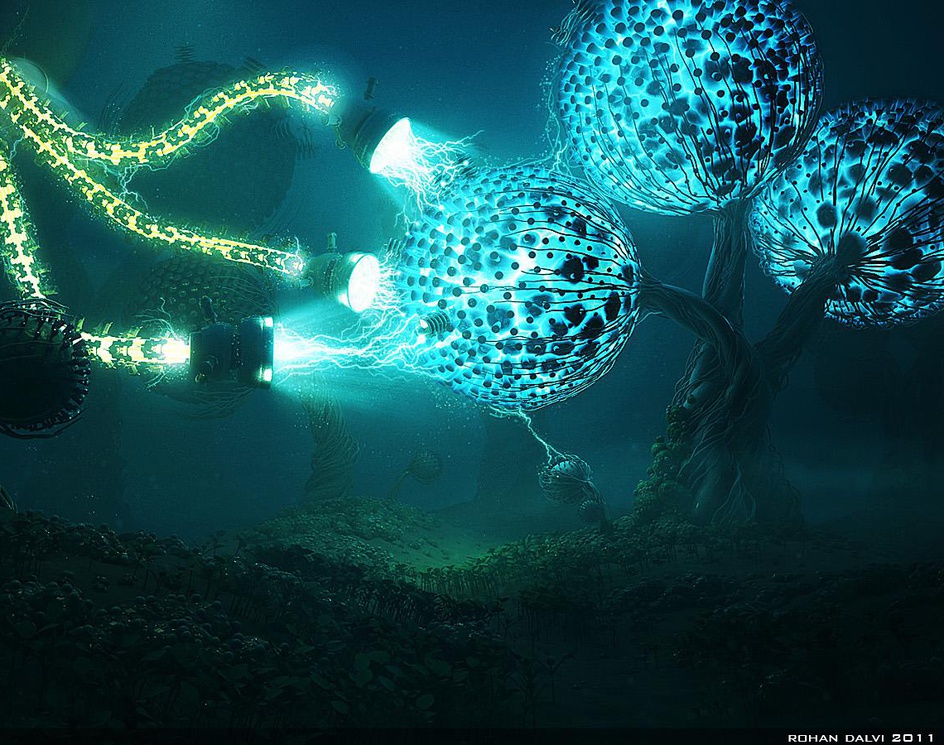 The concept behind the image was to create an alien world where plants generate electricity and machines harvest it. As I wanted a lot of variations of the main plant/tree I modeled it completely in Houdini and kept it completely procedural so that I could get as many variations as possible. I then exported the whole scene to 3dsmax and rendered using Vray. The painting of the lightning was done in Photoshop. with regards Rohan Dalvi