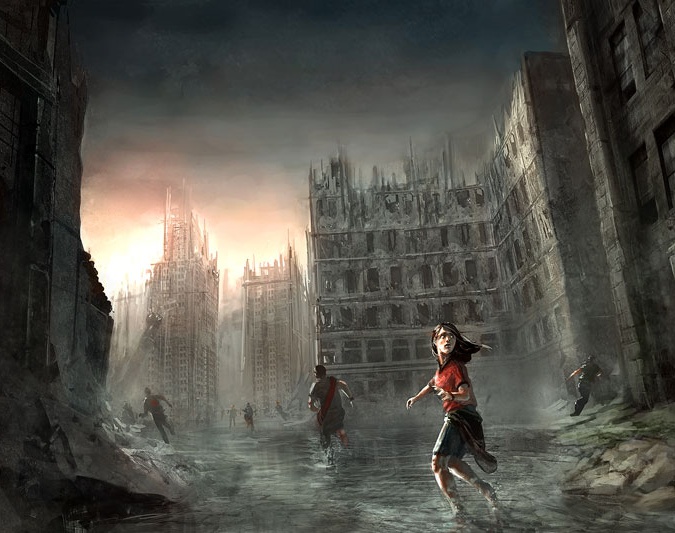 This image was made for the thunderdome competition at conceptart.org. It was for the second round. The theme was 'the escape'
and my idea behind it was that I didn't want to show the viewer what the thread was. So people could let there imagination go all over the place =). It worked I guess, I made it to the next round. This was an image where I used textures and a lot of different brushes. Completely done in Photoshop. I don't really know the exact inspiration for this image. I believe I had like more then 10 different strong inspirations but none exact how I wanted it. As often is the case.