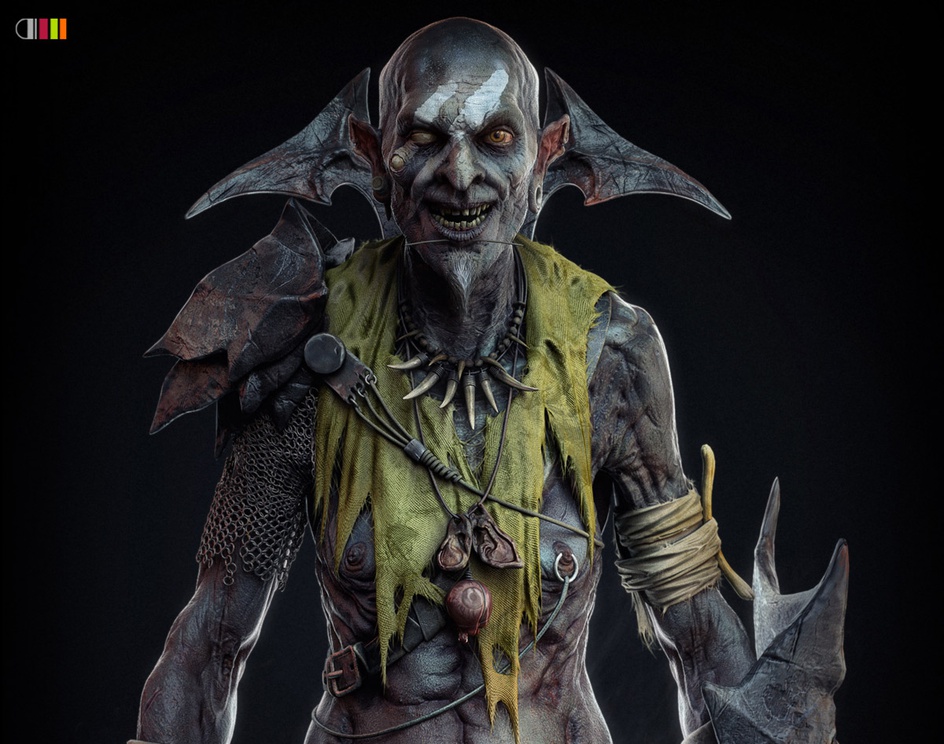 This is Aruk - The wicked orc. A character i did for the last few months , but worked very slowly some times only working for 5 mins a day, but now it's finally rendered. I've started from a naked human base mesh and did concept along the way, which seems to be a very bad idea , cause it takes ages to get something done. Everything was done in Zbrush, same goes for UW-ing and texturing , which was 80-90 % poly paint and a bit a tweaks in PS after that. I hope you like it.