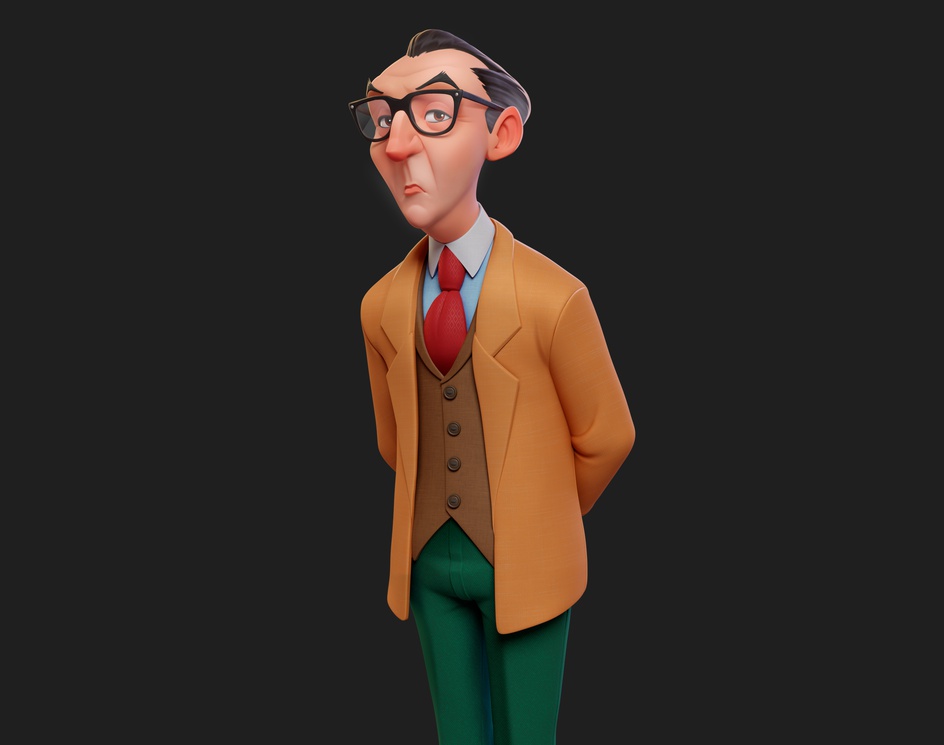 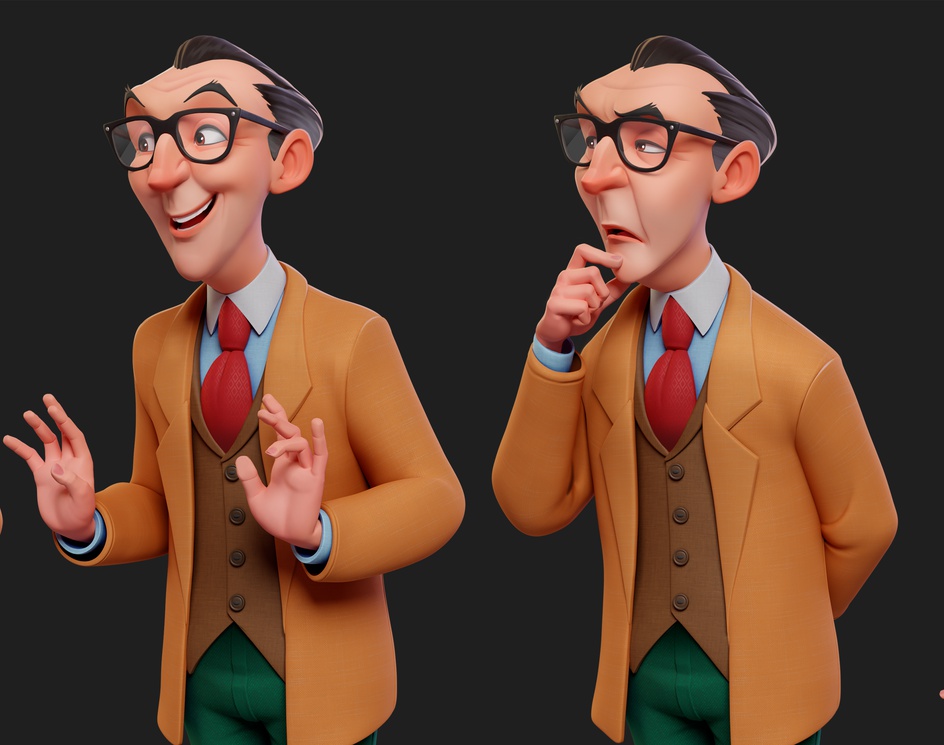 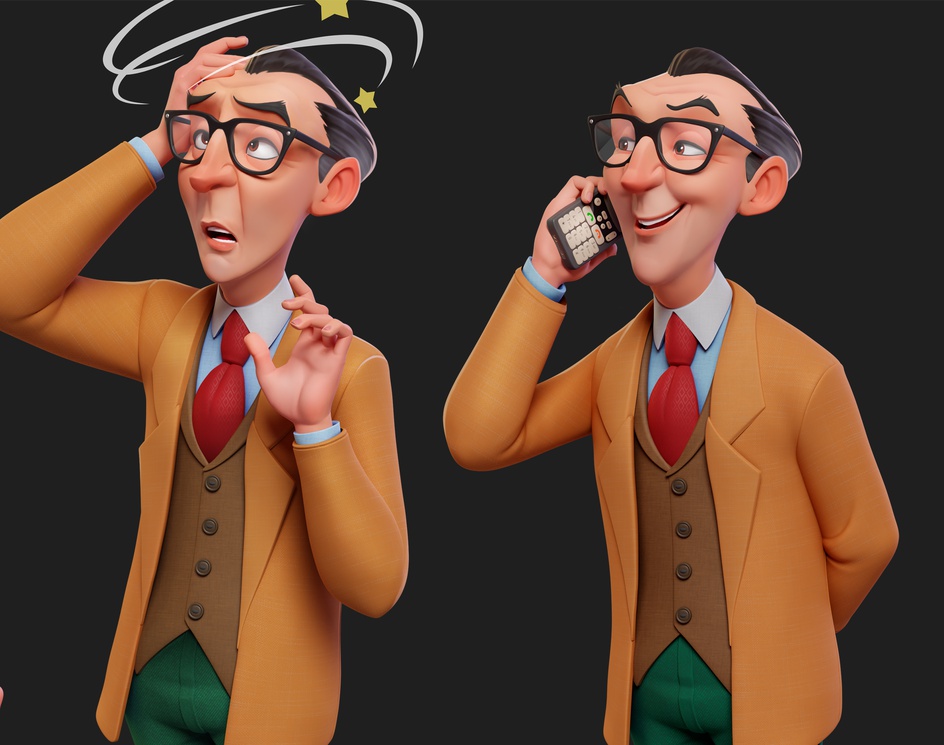 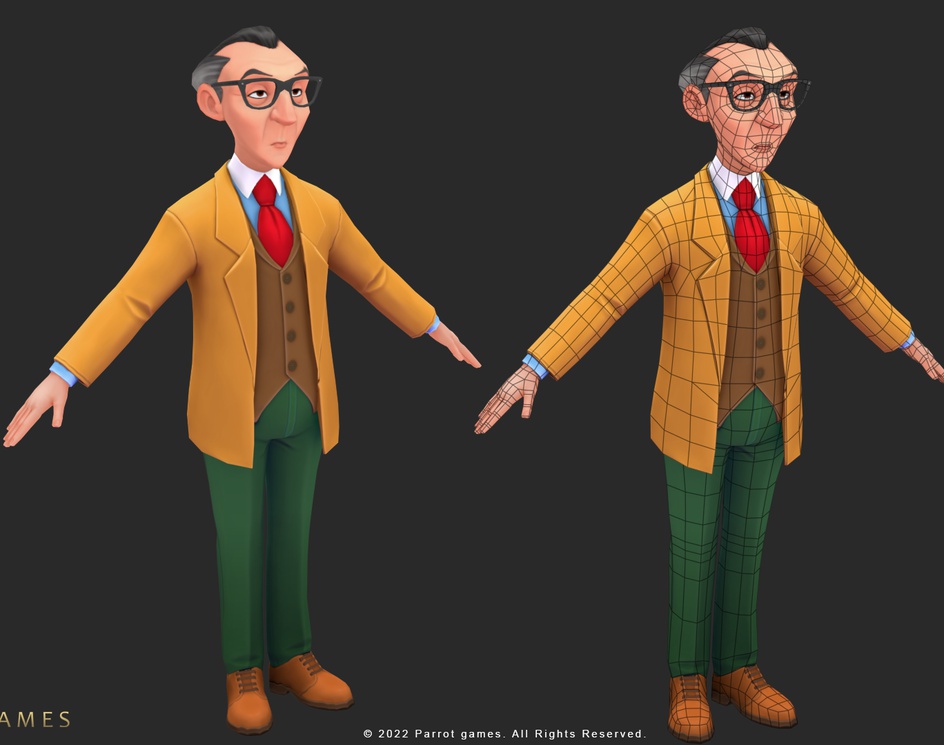 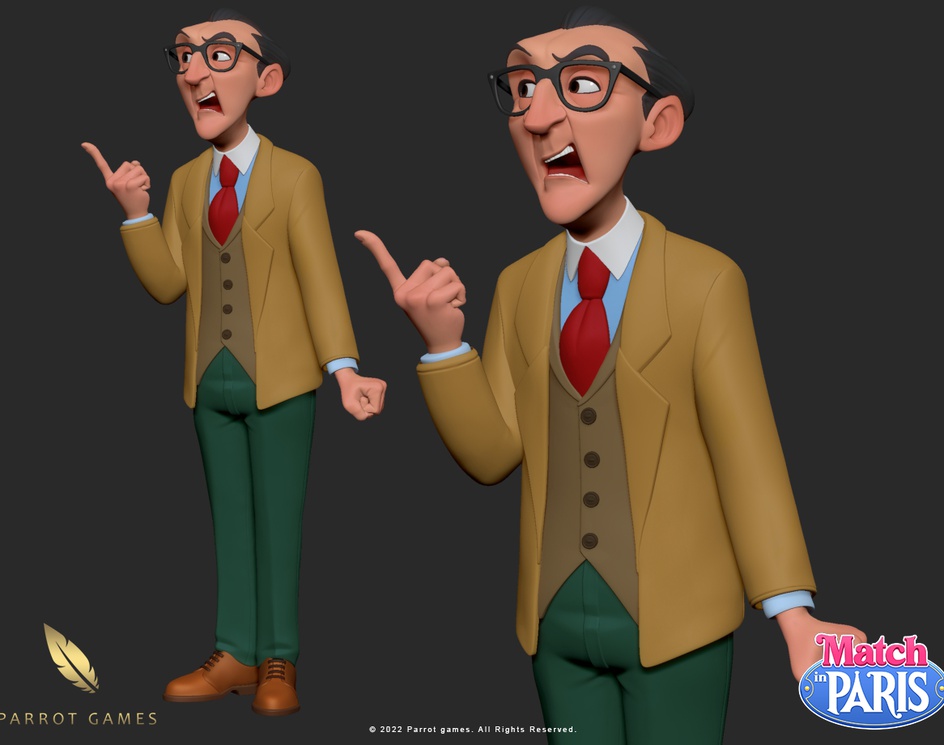 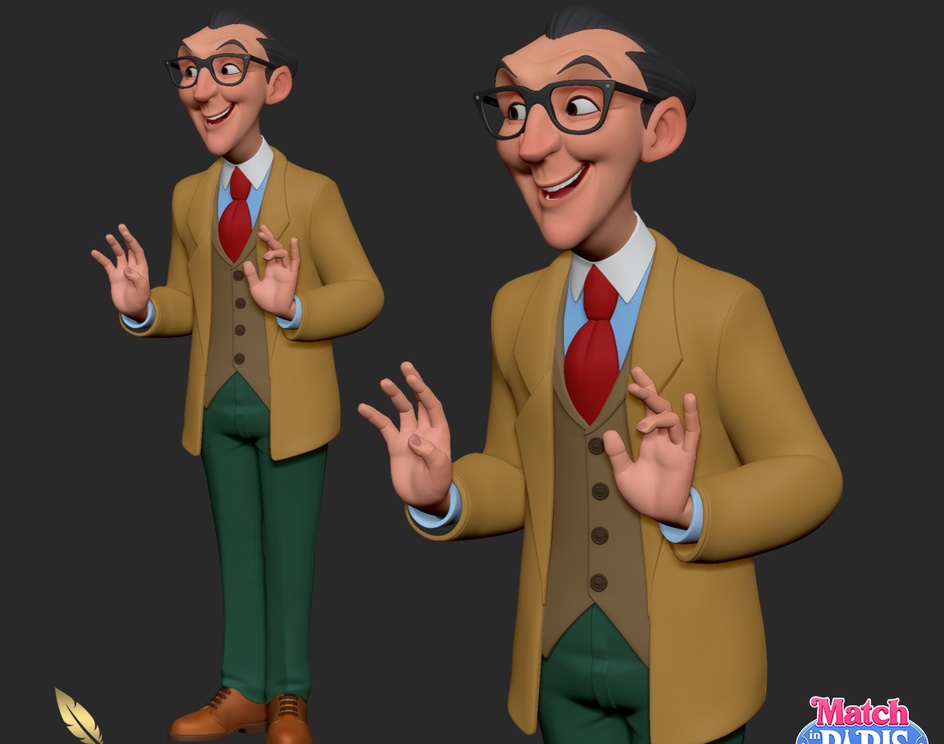 Pascal is another character I worked for Match in Paris game. This was a very fun character to work on, due to his cartoony proportions.
Also, in this character I had the pleasure of working in the low poly version and texture.
Concept was made by the talented Gianluca Panniello.
I was in charge of sculpting, posing, rendering and look and dev.
FInal overpaint touches and corrections were done mainly by Gianluca Panniello.
Hope you like it!