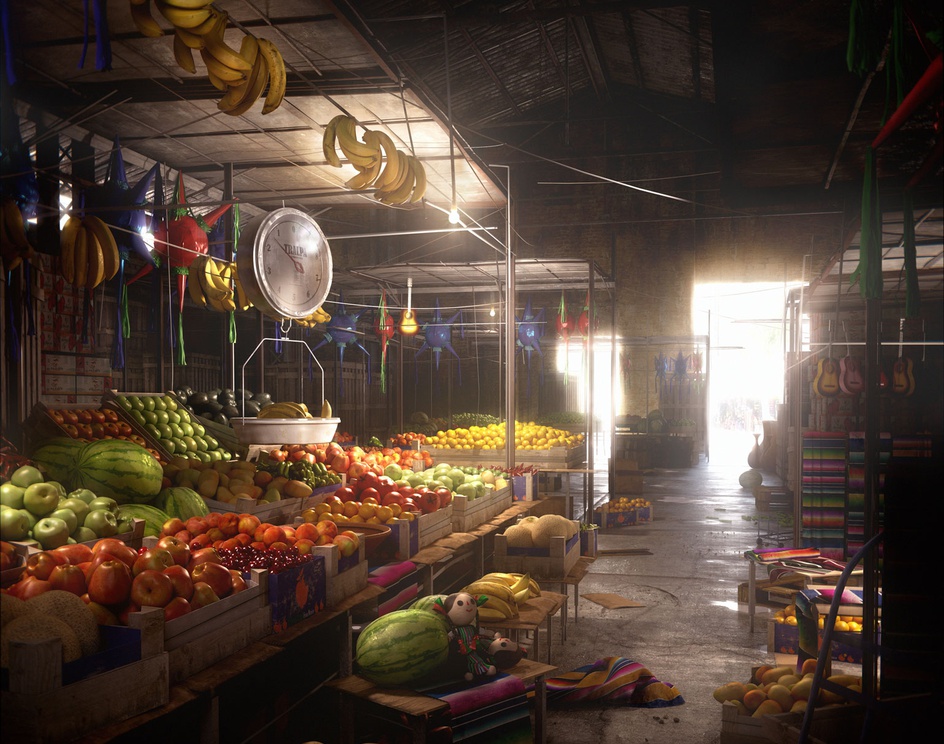 Hi! Im trilled to present my new image. It has passed a while since I've made a full 3d image and the craving was killing me, I think I haven't started to work in it because the inspiration never got to me, until one day I took a look around and realized that I wanted to do what I was looking at. The inspiration came from a very big public market from the city I live in, San Juan de Dios it's called, I didn't wanted to copy it, just to be the inspiration for my image. This gig took me around 3 months using my free time, it was a lot more than I thought because there are many elements involved, hundreds of them in fact, never really realized how much work it would take. I experimented with many stuff in here, the image started in MentaRay and half the way I decided to change to Vray, LOL, thousands of proxies, rigid body dynamics, many lights, millions of polygons (172 mill to be precise) and a 5 hours render to make it possible. Now I'm working on a series of video tutorials (2 hours long) detailing the complete process to make San Juan.