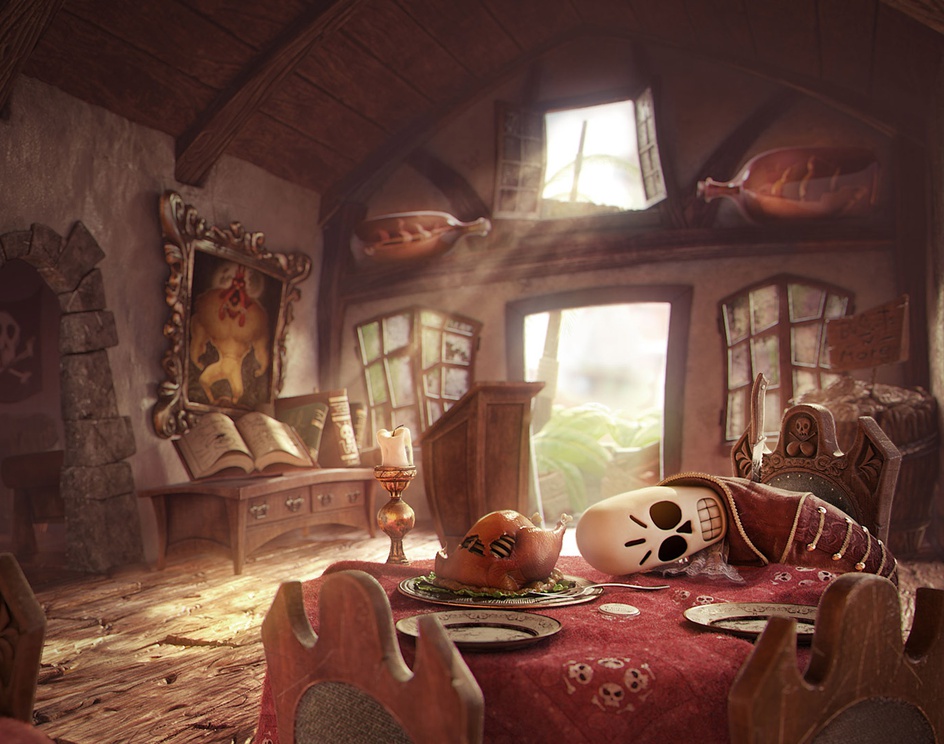 I really love point'n click adventure games from Lucas Arts and I always wanted to do a tribute to my favorite: The Curse of Monkey Island. So I decided to make a fan art of Blondebeard's Chicken Shoppe. In this game there's a lot of stunning environments but I feel something more when I remember of Blondebeard's Chicken Shoppe, and is also where Manny Calavera appears for the first time. They made this to promote the launch of Grim Fandango. I wanted to put something of the old game in my art, so I used the original painting of "El Pollo Diablo" on the golden frame, drew by Larry Ahern and painted by Chris Hockabout. The original 2D art was made by Bill Tiller. Also I'd like to thanks a lot the guys from Fox Render Farm, they supported me, this way I was able to render at really higher resolution than I was in my home pc.