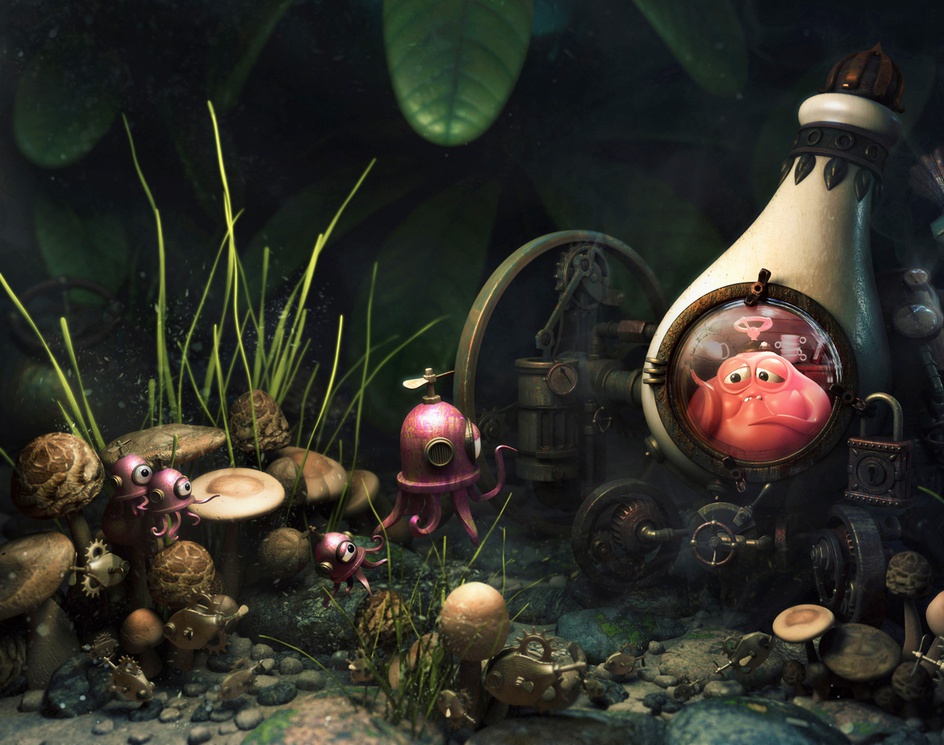 This image was made for Steampunk; Myths and Legends Challenge at CGSociety. This is the more fantasy (traditional) version of the myth, Rannamaari - a local myth from Maldives. The myth: legend has it that a sea demon called "Rannamaari" terrorized our island and demanded a virgin to be sacrificed every month as a payment for leaving the island alone. Along came a powerful scholar from afar and he tricked the demon into getting in a bottle then he put a stopper in it and dumped the bottle to the depths of the sea. The present: the now little rannamaari in its steam powered bottle chariot and home, finds itself face to face with the baby krakens on its endless journey through the mystic places where land and sea seem to have no boundary or meaning. The Rannamaari is trying to explain its sad fate to them and how its unfair and all ... it doesn't even have the control to steer the bottle.