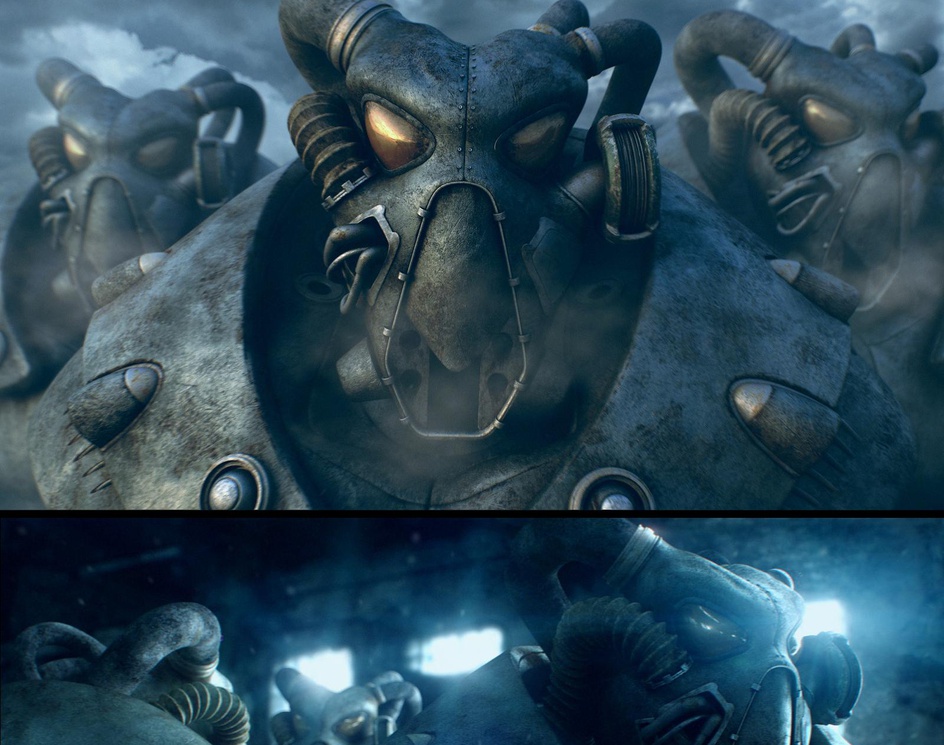 Here is my latest work I've been working on for a while. This is my first fan art type of work. I'm actually a huge fan of Fallout 1 and 2 games, so I decided to make a tribute for it and model an Advanced Power Armor mk-II from F2. I started to collect various pics for references from net. There is not much regarding the APA to be honest, so I mostly used the main cover of APA which you see in the main game window. Of course I got the wallpaper version which was big and clear enough to capture the concept. So that and some more screens from the game "talk screens" where you can see APA was all I had. Obviously I had to improvise a lot so I'm really sorry if some places of my version looks off the original. I actually wasn't very strict to original while making it, I tried to improvise with respect to original. It was actually a great opportunity to develop my skills for hard surface modeling and especially texturing. The shader of final armor came out to be very huge actually. It contains more than 60 different textures that are mixed all together in the shader. Each element has its own "dirt" and "worn edges" baked textures for mixing. Anyway, in the end I decided to make more than just one or two renders and I ended up with 5 different style stills. This is one of them. Hope you'll like it, especially if you like original Fallout series.