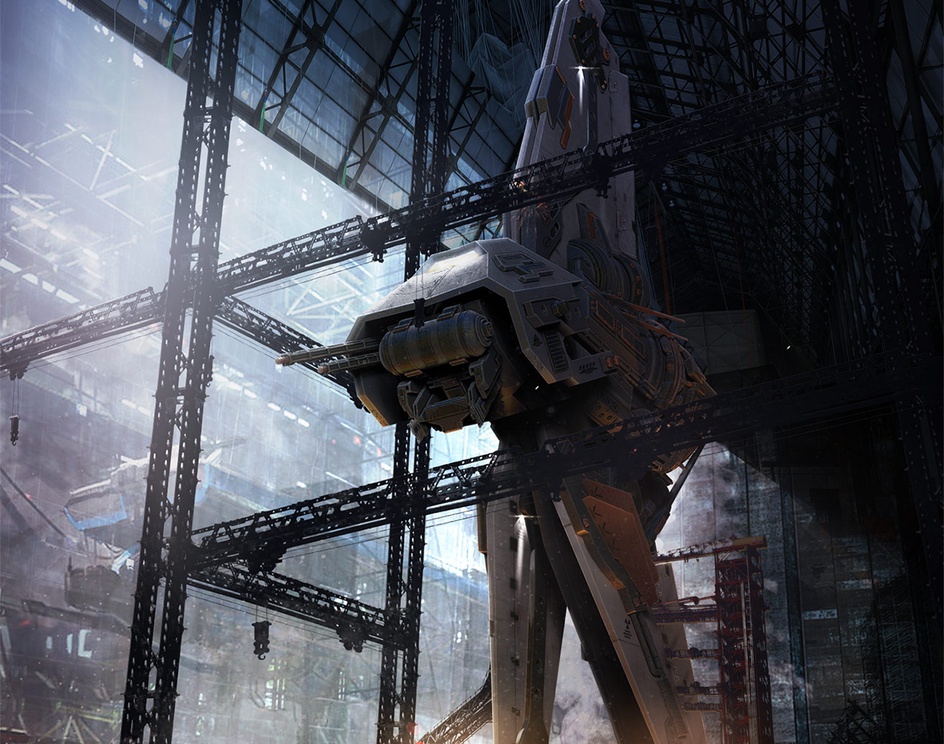 I was playing around in-between work days and wanted to make a large scale spaceship scene. I was highly influenced with Star Wars and Homeworld but also wanted a more grounded approach. The ship itself was completely done in Zbrush (kitbash+model) and then I rendered out several matcaps and light setups. It is heavily composited in Photoshop along with the environment which was photo-bashed and matte-painted.