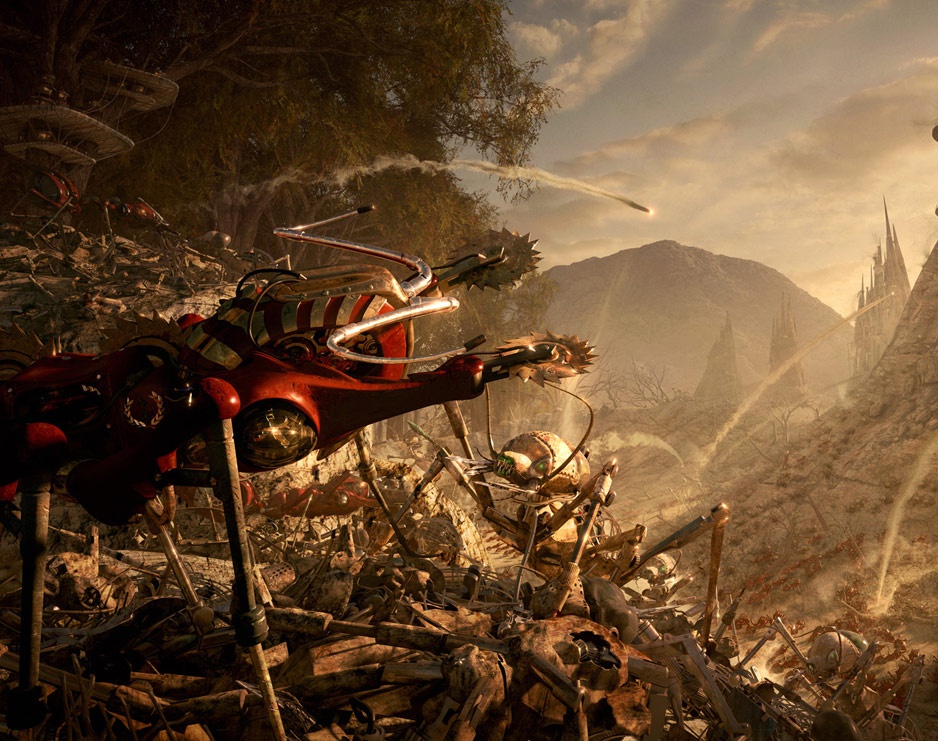 This scene depicts a war between intelligent-mechanical Ants and Termites to gain power over the forest. The termites want to eat and destroy the forest where the ants live. I used the latest version of CyGen by Daniel Kvasznicza (I-NetGraFX) to populate the battle field. Inspired by the painting, The Intervention of the Sabine Women by Jaques-Louis David (1799) and the idea of a war between Ants and Termites came from Sebastien Dufour. The whole scene was made in Maya, rendered with Mental Ray, and retouched in Photoshop.