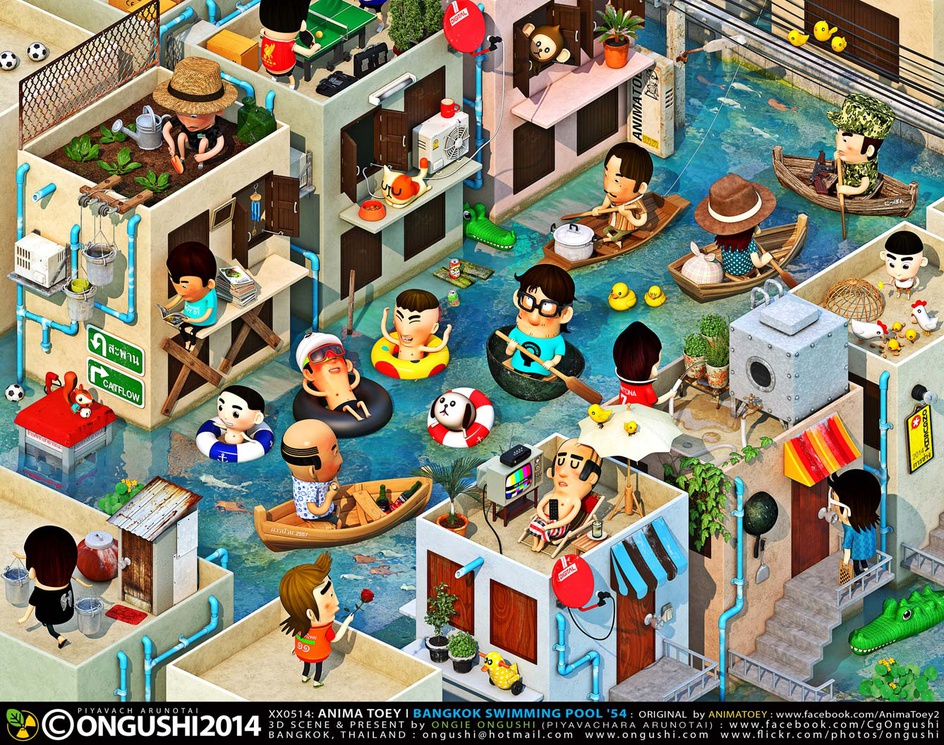 When the rain comes, the big flood in Bkk is recalled everytime. Until nowadays, I faced with 3 major floods in my life. The first one when I was young I remembered that it's so fun because I jumped into the water like I had a swimming pool in my house Ha ha ha! In the other hand, the flood last year (2011) was full of tears. That's horribled! The water level was higher than 150 cm. People had to leave their home and I was the one of that crisis. I felt frustrated, lonely, and lost since I love my home and addicted to be home so I have never far from my home. For this event, I had to stay with my cousin more than a month and 3 weeks office closed without pay. That was strongly terribled! After 45 days later, the water gradually drain but the ruin was abandon. More than 85% were destroyed in my house. My family spent much money for renovation so that's why embeded in my memory. www.ongushi.com BigScene: www.ongushi.com/images/inweb/2014/2014_03_04_render_animatoey_ongushi.jpg www.ongushi.com/images/inweb/2014/2014_03_04_render_animatoey_dark.jpg