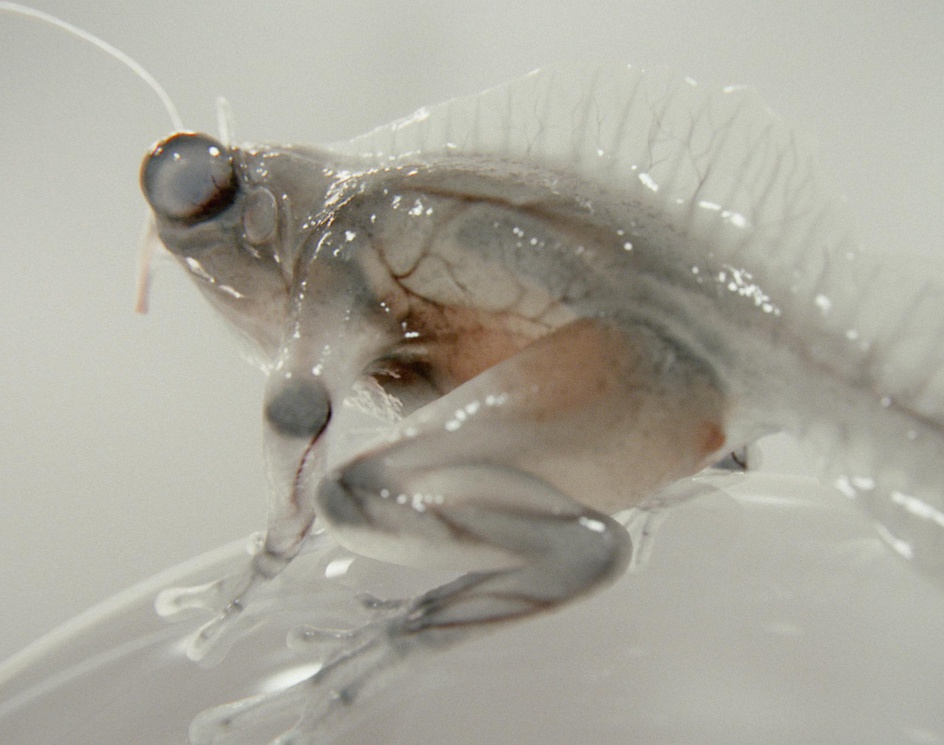 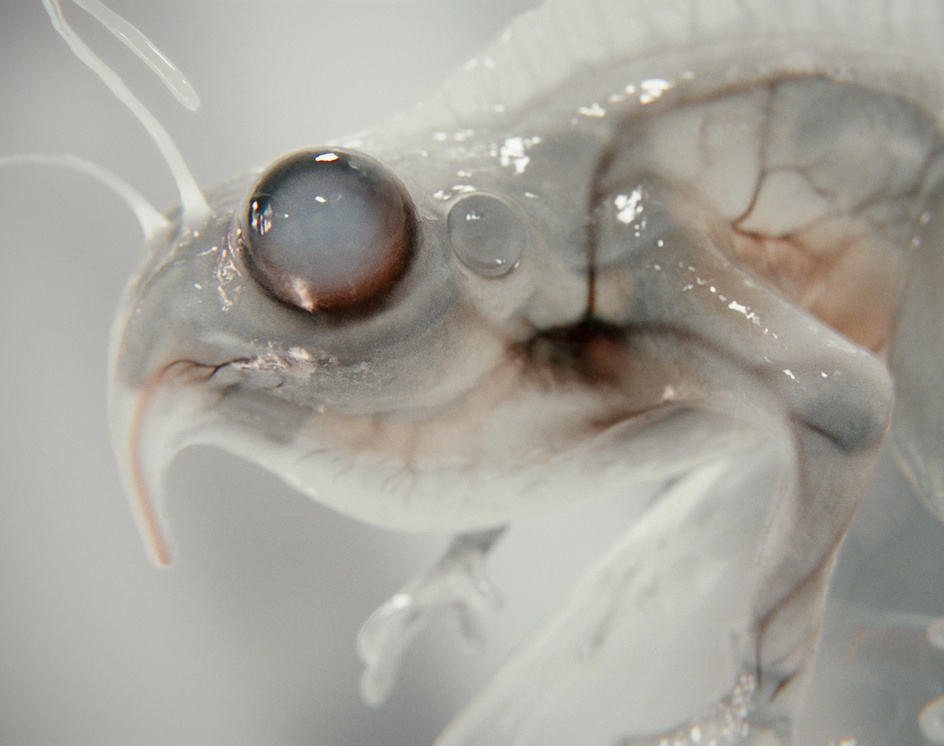 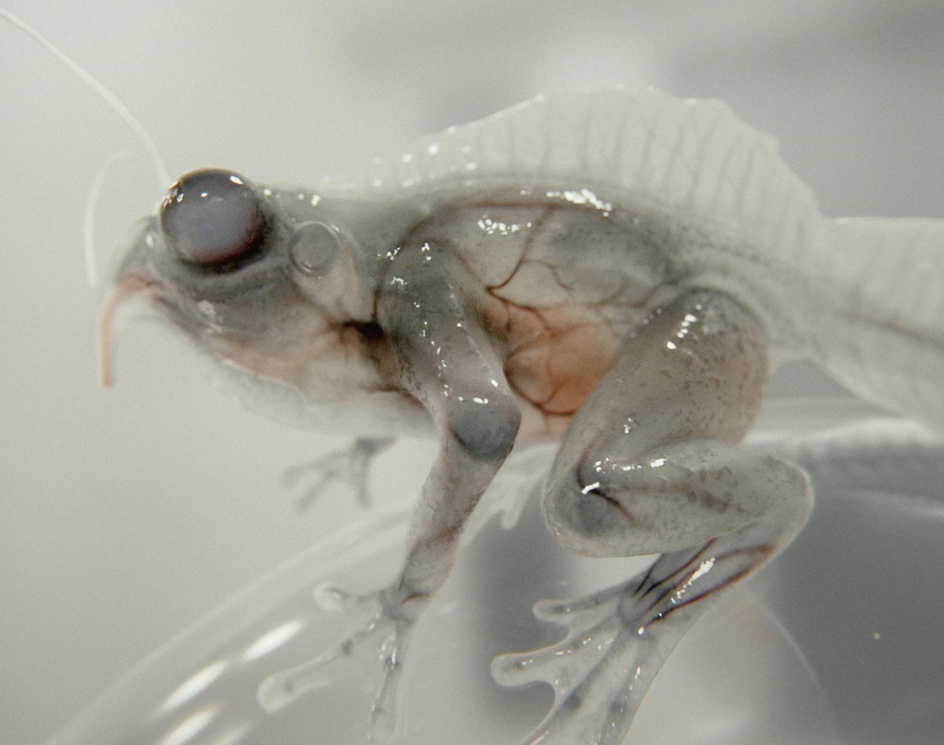 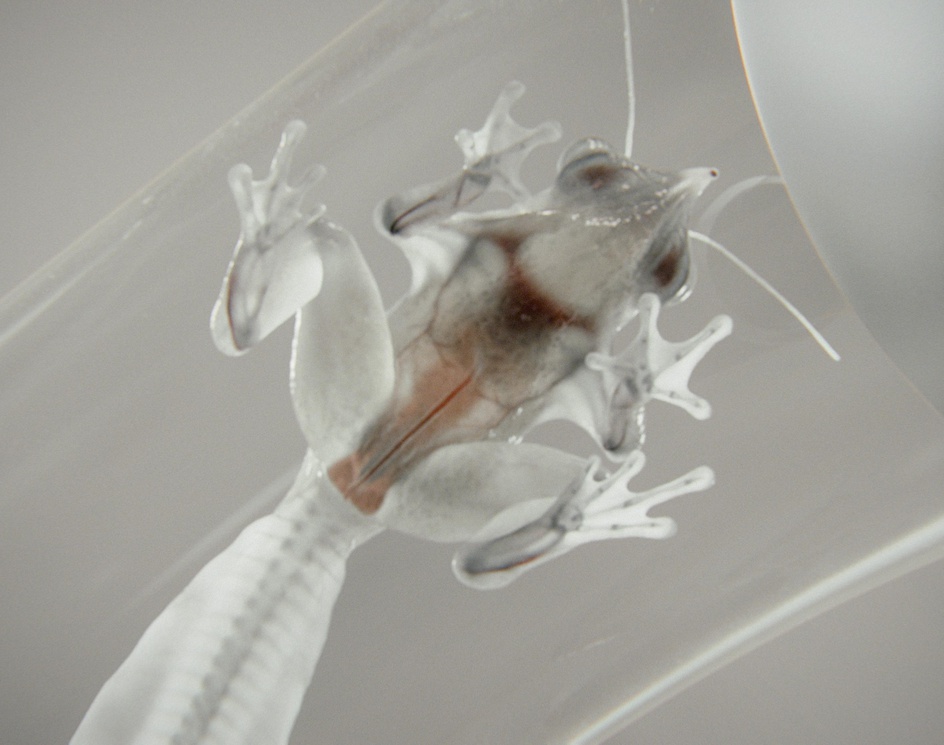 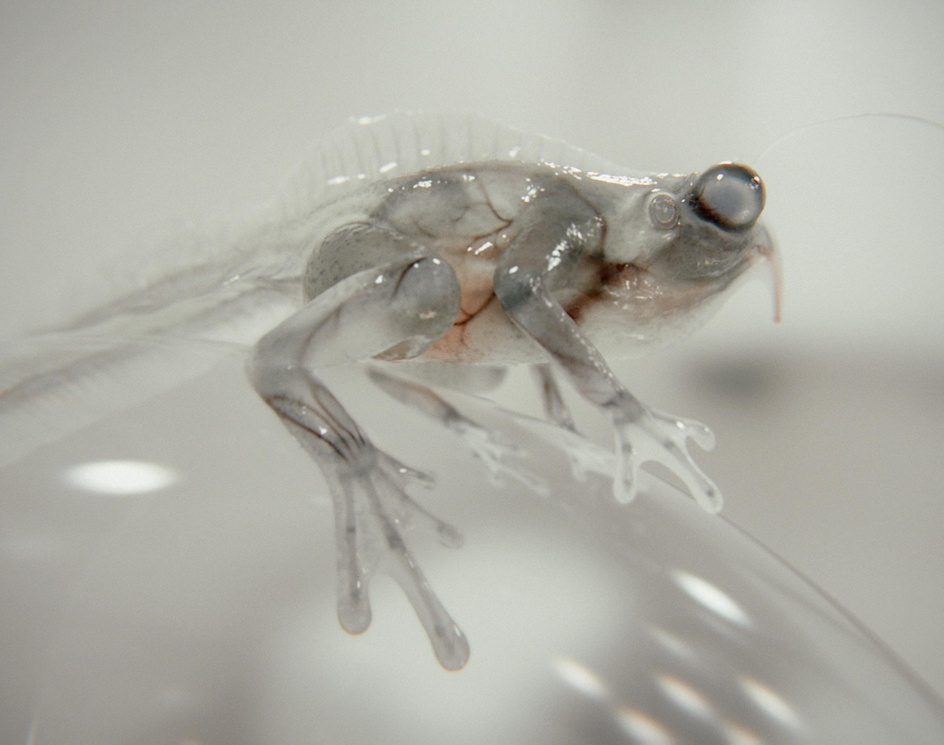 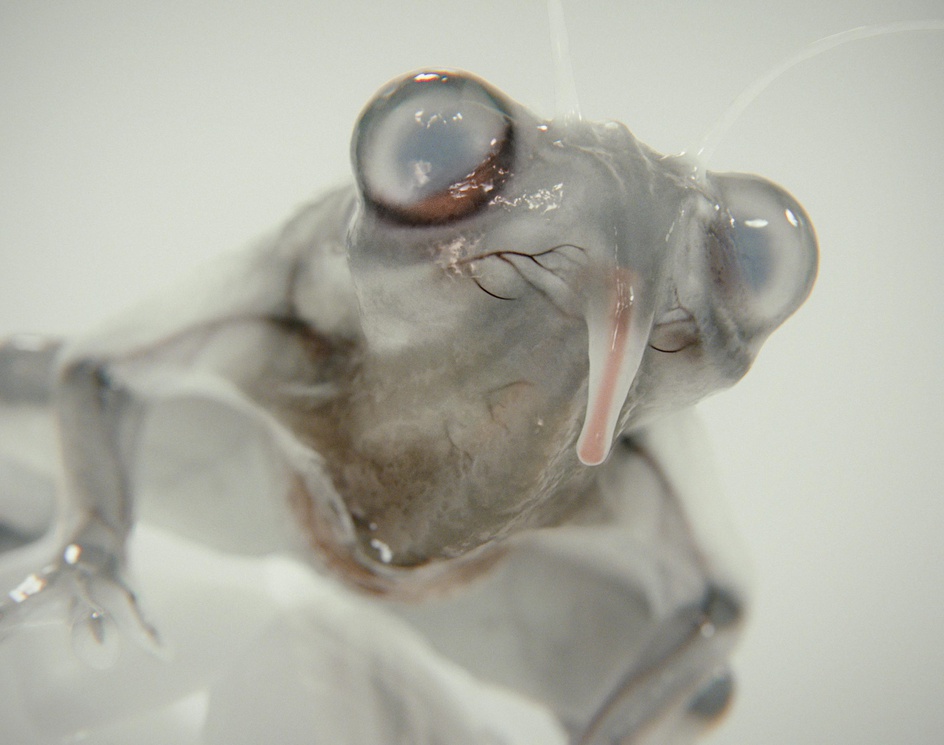 I created this animal to play a bit with the translucencies on Keyshot, inspired by transparent animals such as the glass frog.
This sort of cross between a frog and a newt lives in the depths of the earth, which is why its skin is transparent. It's a very primitive amphibian, it feeds on large quantities of microscopic algae in underground water sources using its proboscis. To compensate for poor vision, use its antennas to capture surrounding vibrations. The only reason it's not completely without eyes is the constant bioluminescence due to some fungi present in its habitat.
I decided to put it in a laboratory setting, because I wanted a bit of scifi.