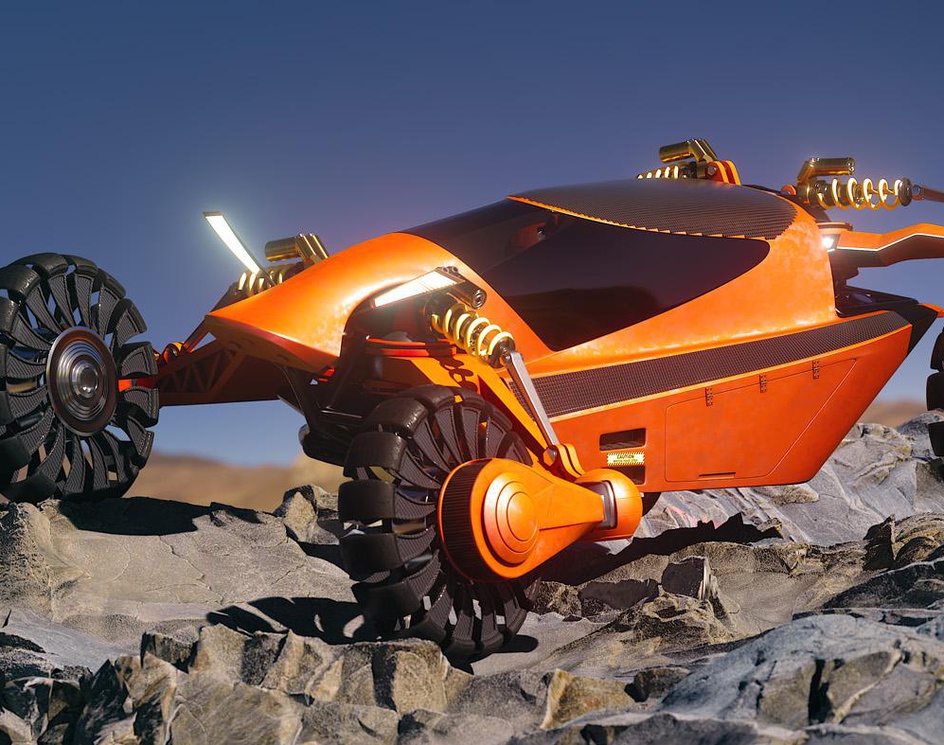 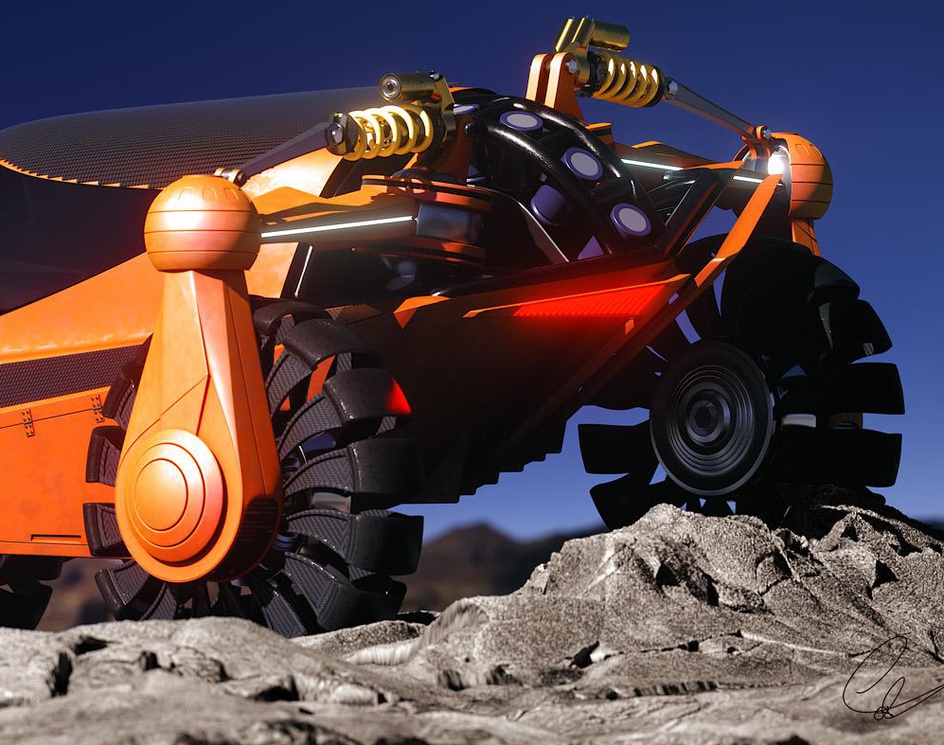 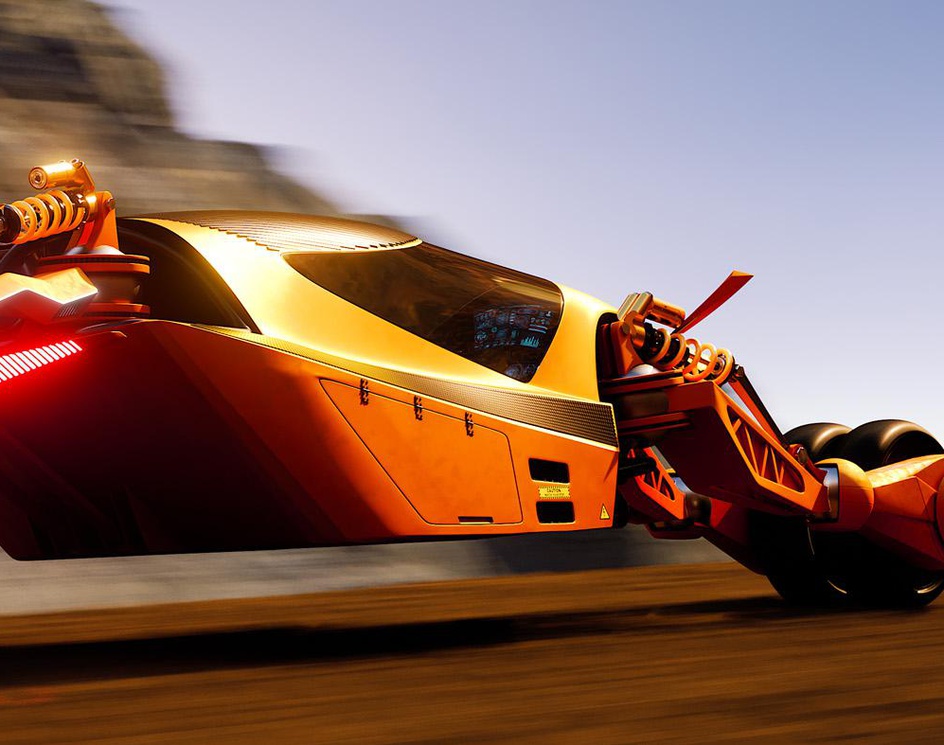 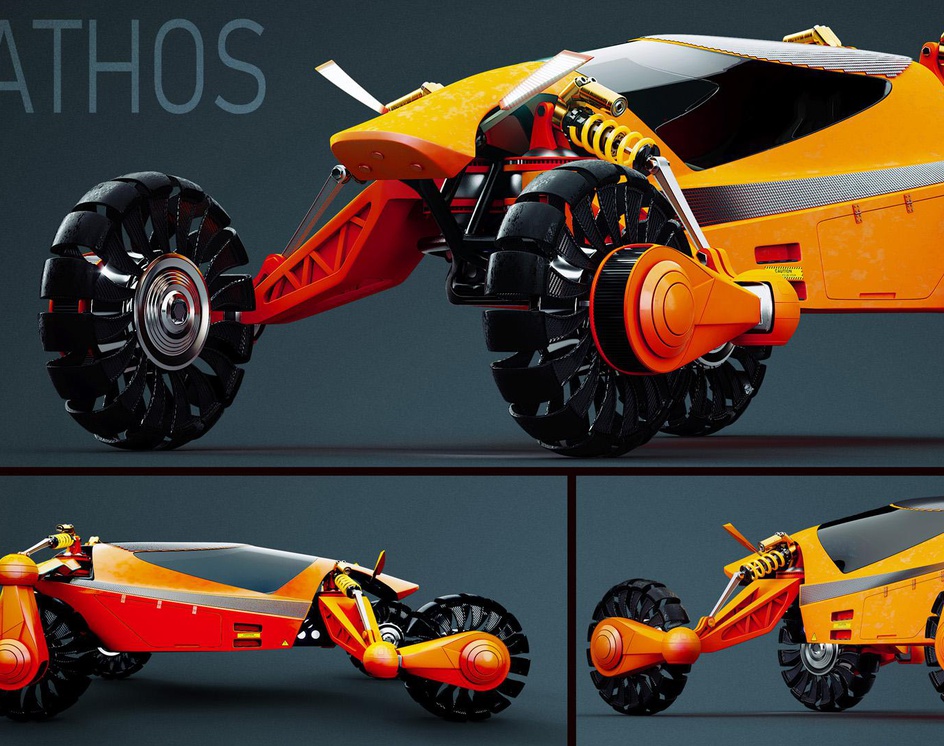 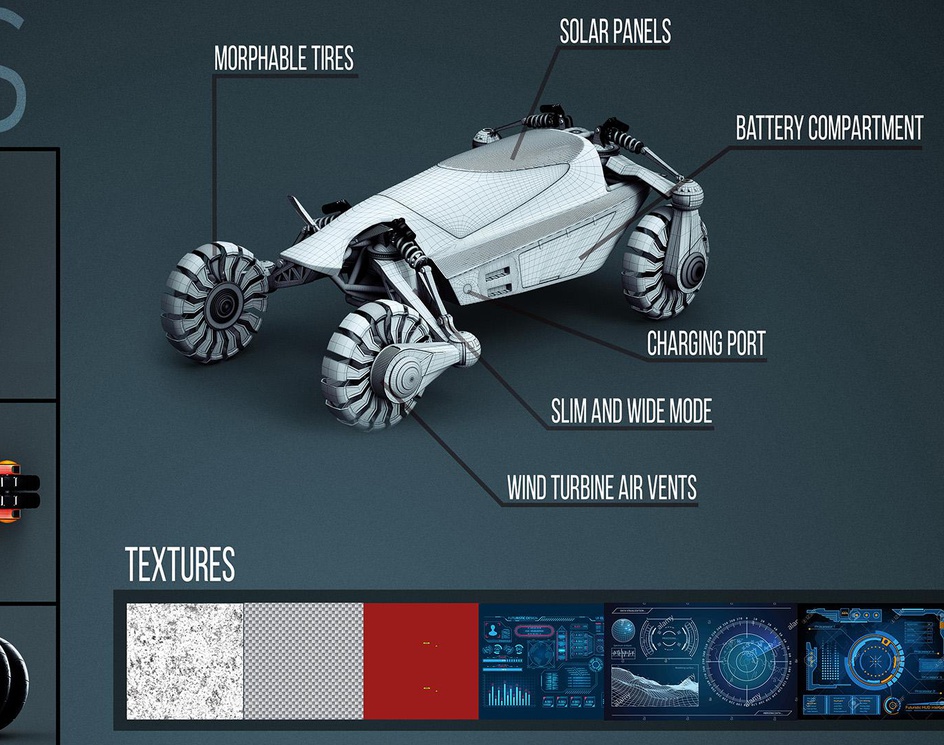 By 2042 fossil fuels are already at their lower end, nearing the end, but humanity has realized for some decades that the future should be green and sustainable, so many of the atrocities of the past and the jungles of stone are gradually being transformed. In green and organic environments, asphalt roads between cities have been abolished, transformed into dirt roads and trails since most of the current vehicles can fly.

In addition to this, more and more humans choose not to have children so we have a true army of singles in search of some adventure.

For these people, an off road model was developed, capable of traveling in a fast and fun and autonomous way between cities. Completely protected from the natural elements, this vehicle that moves through the surface, uses super batteries to retain and discharge power, it has a pedal powered generator so that you do not need the sun, to charge your batteries and benefit the user health and also can benefit from wind turbines . With cargo space only for only 1 person it walks on all types of terrain whether it is wide dirt roads or narrow trails previously used by people doing trekking or mountain biking. Being the most pleasant means of transport already produced.