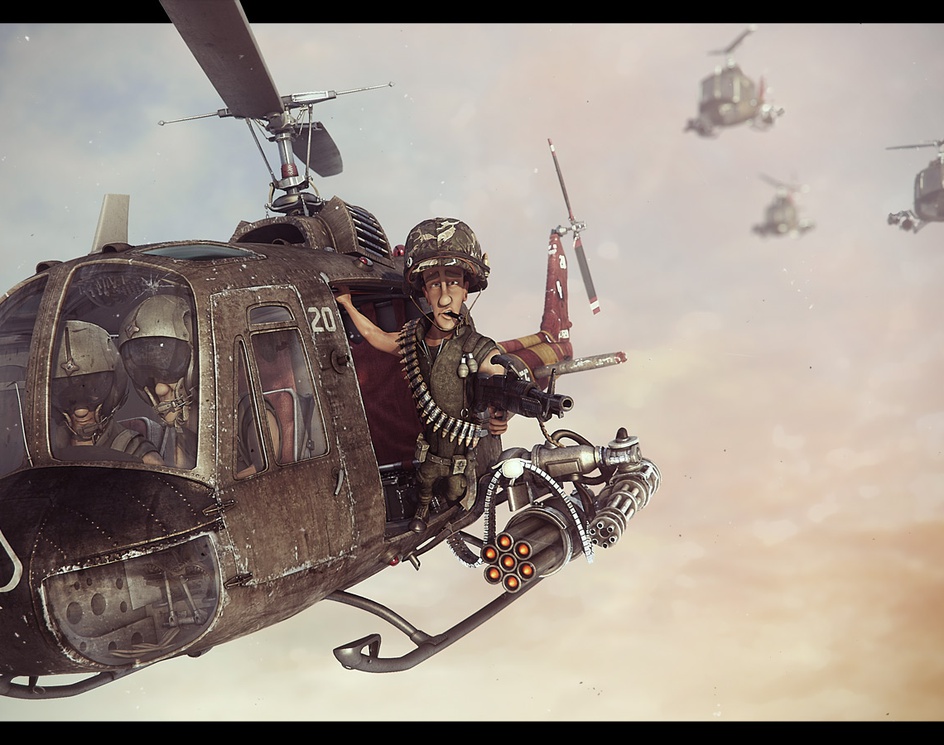 i started to model this marine to teach cartoon character modeling in a class some months ago.. since i really liked the concept, after some time i decided to build a little world around him :) I tryied to keep things belivable, so i've done a lot of researches before starting modeling, and i came out with an helicopter that is a cartoony versione of the Huey UH-1B, used in the vietnam war. hope you like it :)