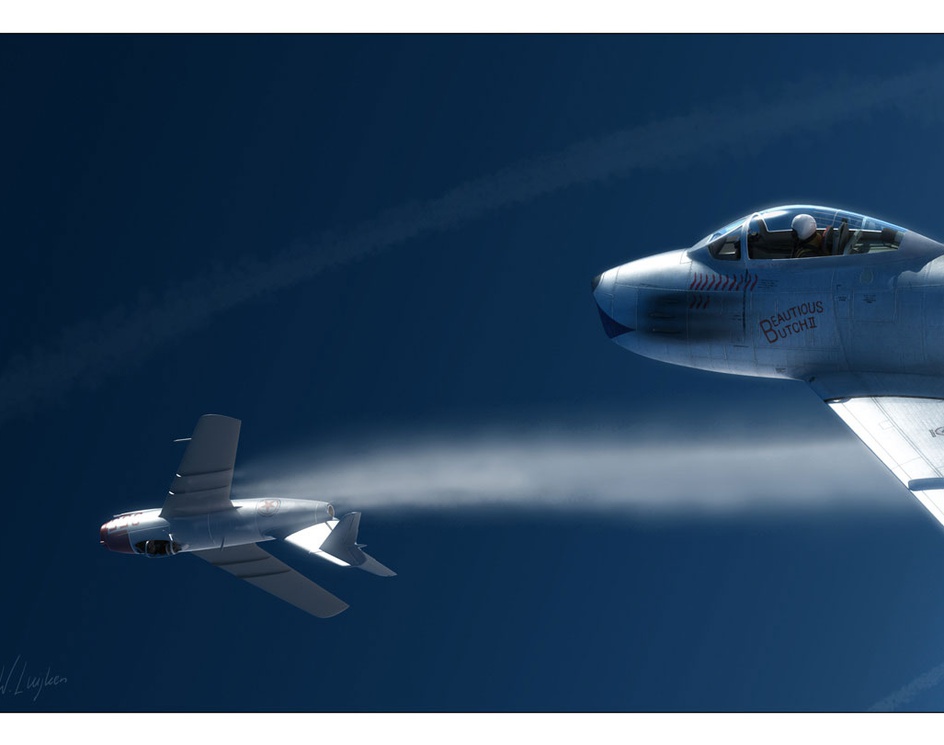 The image depicts F-86 Sabre Beautious Butch of Capt Joseph McConnell, 39th FS, 51st FW flying close to one of his victims in 1953. The Sabres were faced with large groups of MiG-15s flown by North Koreans as well as Chinese, Russian and even East German pilots.
This has been rendered in Modo completely, the sabre has been modelled and partly textured in Modo, the MiG is an old model I once did in Lightwave. Obviously Photoshop had a big part in the textures and postprocessing.