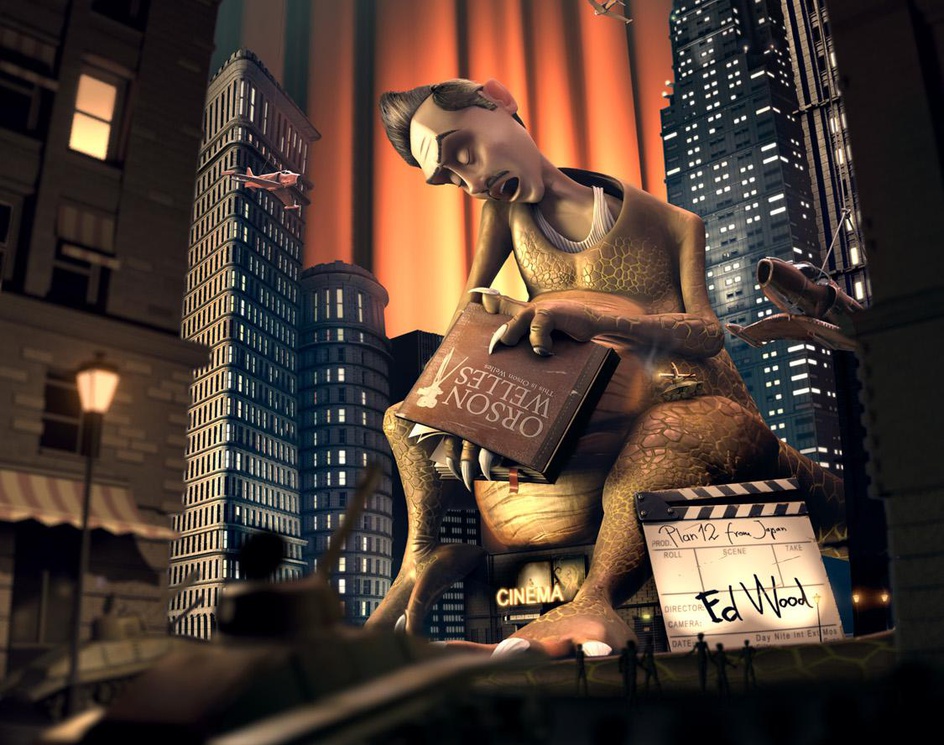 B-Movies often suffer from imitating big Hollywood productions while not being able to raise enough money. Because of worse equipment, lousy actors or crude scripts, small budgets can be spotted on every frame of those movies. As an actor, screenwriter, producer and director Ed Wood knew the effort of making a movie. Unfortunately he couldn't advance as a director in Hollywood, so his constant struggle remained. Criticized by moviegoers and critics he was even elected to be the worst director of all time. Determined he continued his small step towards his idol Orson Welles until the end of his life. My rendering 'Plan 12' is an homage to a true artist in every way.