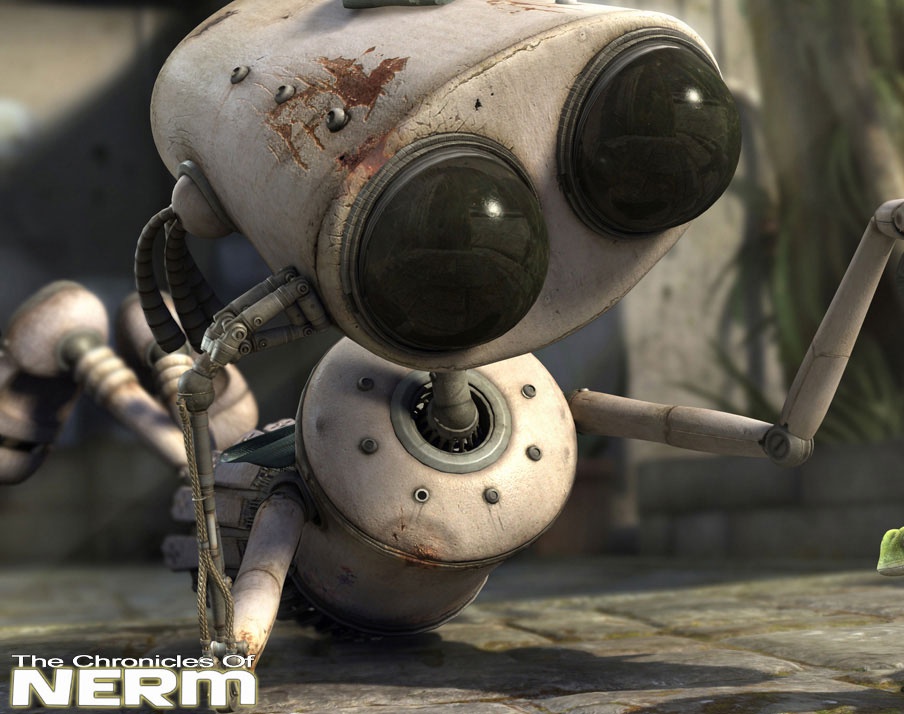 This is one of the characters from my upcoming film, 'The Chronicles of Nerm,' the sequel to 'The Adventures of Nerm and BG' that I created a few
years ago. This is Keena, a female version of the robot line that Nerm was from. Nerm and Keena come from a line of robots used as children's playmates and watch over the children. But shortly after they started to sell, most went crazy. Bad things started to happen to the families, many were killed. In my previous animation, 'The Adventures of Nerm and BG', Nerm shows how his new 'friends' always meet an untimely demise, although Nerm is not hostile. Keena will, in my new film I'm currently working on, show what happens as this type of mechs ages, going even more insane. Keena will be featured in a small part of the end of the animation, and will completely out of her mind!