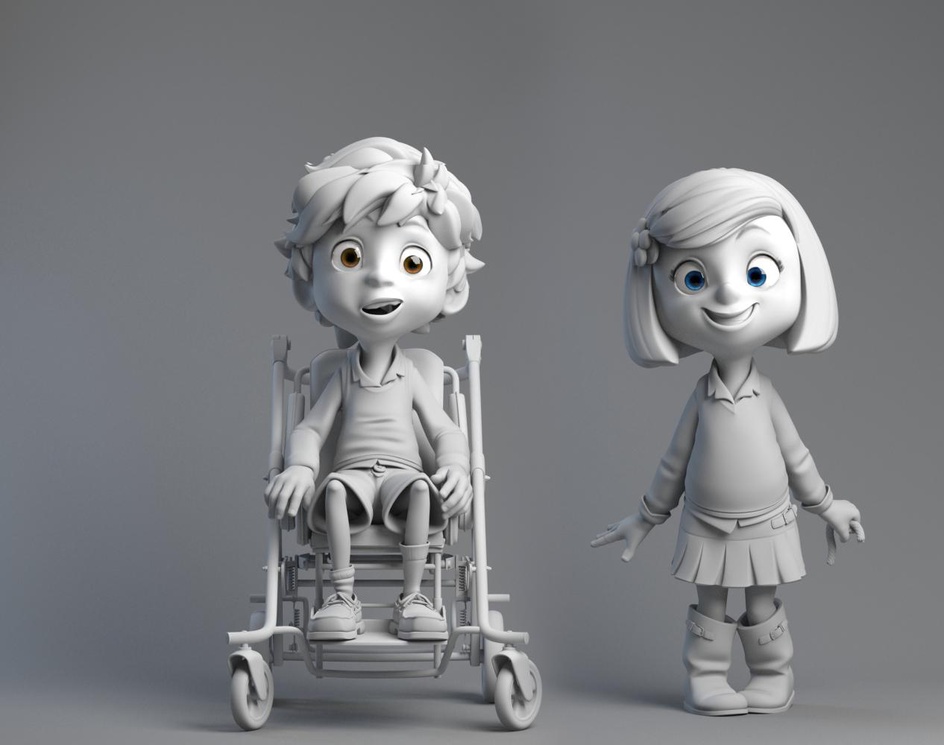 Here are some of the character designs and models I did for the short film "Cuerdas" (http://cuerdasshort.com/). The boy has probably been the most challenging character that I have ever done; because of all he had to communicate only with his eyes and also because the references that I had to work with were from a real boy, the one that inspired the story.