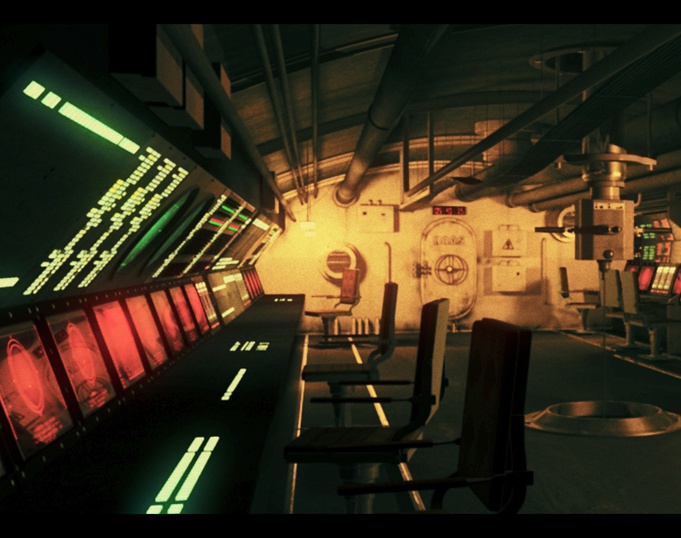 This is a frame of a new project I'm working on. All the Submarine interior was modelled in SILO and textured, lit and rendered in Electric Image with final post in After Effects CS3. The final step will have real people filmed in Green Screen with Red Camera, maybe some smoke and DOF. But this is a Production Image of the Final set.