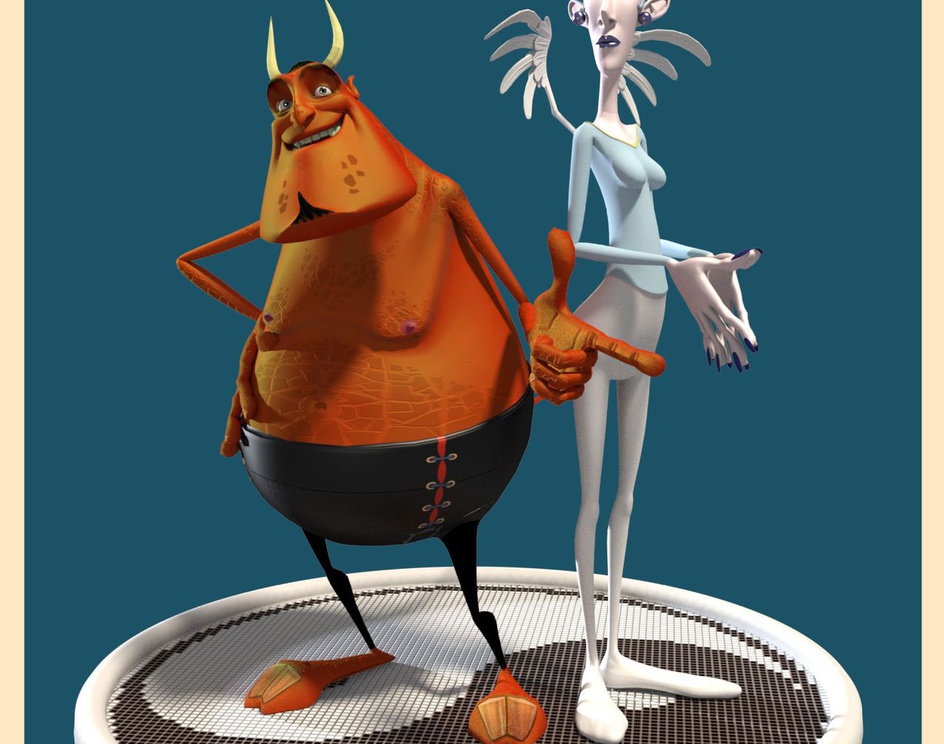 This two characters were done as the main characters for a 7 minutes long 3D animated series. They are the devil and the angel part of the mind and the plots were focused on the coexistence of both inside the head as if they were room mates. The character design was done by Gangel Studio, the original idea by Eduardo Mart?n and the scripts by Mario Tarradas and Eduardo Mart?n.