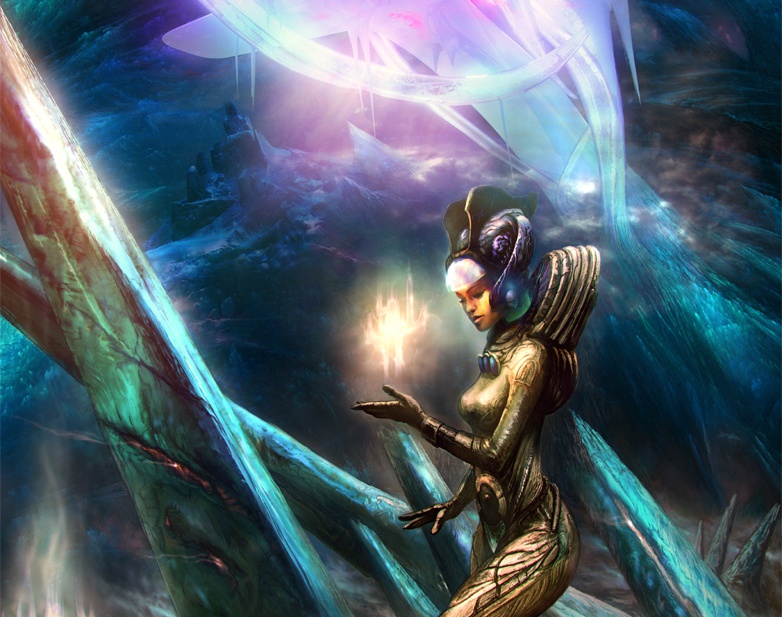 Picture titled Arduous Path. To human being: bear your flower through dark, don't drop it, but don't stumble on narrow path also... This picture is first page from my Space Opera comic book titled YelloW World (working title), want to say about techinque that I used, Character was complitly painted with tablet in Photoshop on a gray background, then I keyed it and drop it in Maya, did made environment there (and in zbrush) and used mental ray render at end. After I overpainted it in PS with my character together. P.S. So also want post some poetry of William Blake: A DREAM Once a dream did weave a shade O'er my Angel-guarded bed, That an emmet lost its way Where on grass methought I lay. Troubled, 'wilder'd, and forlorn, Dark, benighted, travel-worn, Over many a tangled spray, AH heart-broke I heard her say: 'O, my children! do they cry? Do they hear their father sigh? Now they look abroad to see: Now return and weep for me.' Pitying, I dropp'd a tear; But I saw a glow-worm near, Who replied: 'What wailing wight Calls the watchman of the night? 'I am set to light the ground, While the beetle goes his round: Follow now the beetle's hum; Little wanderer, hie thee home.' x x x a bit of details: http://samfx.com/personal/images/art/various/sci_fi_piece_detail2.jpg thanks