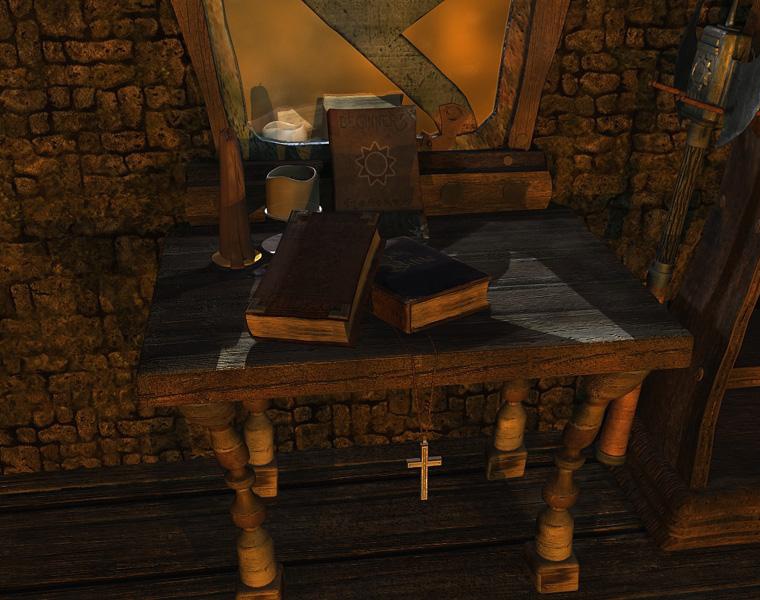 This image is actually the back wall of a bigger, incomplete scene. I had so much detail off at the end of the hallway I decided to make a scene out of it.
I had been thinking about medieval times, how the church was so powerful, yet there are so many fantasy stories about medieval times involving magic. And then I remembered some of the medieval alchemists.
So after those thoughts I put together that table with 3 books; Beginners Elemental Magic, The Standard Alchemist's Handbook, and the Holy Bible.
The basic idea of the scene was that maybe somebody had been reading all those, searching for the true origin spirituality and miracles.
The scene was made in 3D Studio Max R3. Textures made in Photoshop and scanned. It contained about 20 lights or so. I tried to fake radiosity by placing dull omni lights by all pieces of reflective metal. I added 1 red/orange light in the back to simulate an open door, or maybe torches behind the camera.