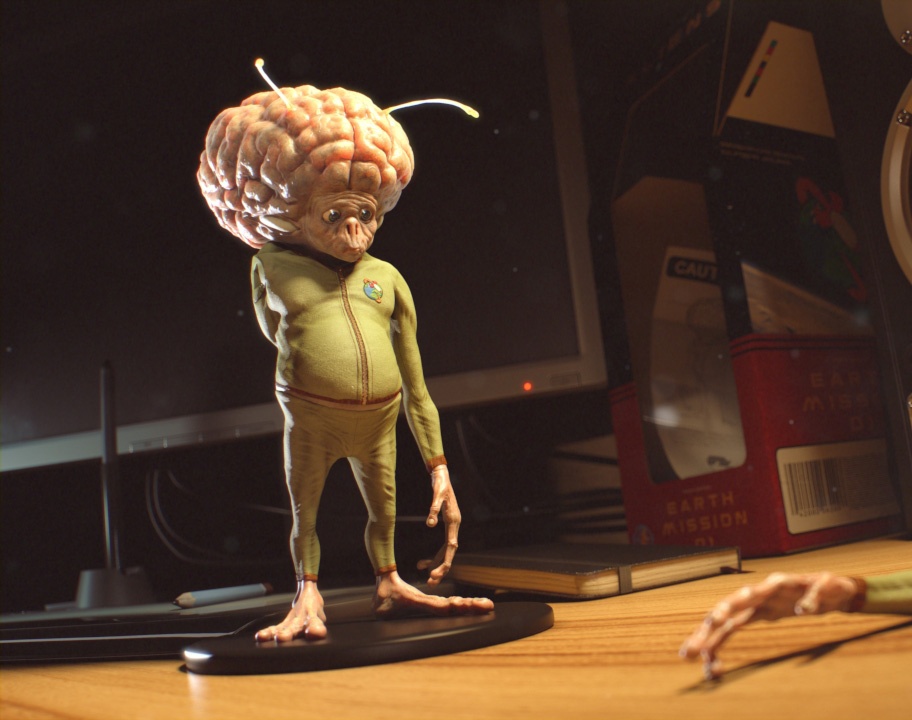 Finally, after 5 years he's finished. I have to admit that it was really hard to finished him. During that time I've learned a lot of new stuff and I was reworking him again and again and again. But it's done. I hope you'll like it, because I have special relationship with him. He was modeled in ZBrush, environment was modeled in softimage and modo, the rest is all modo, and nuke for postproduction. Be sure to check 5K full resolution image.