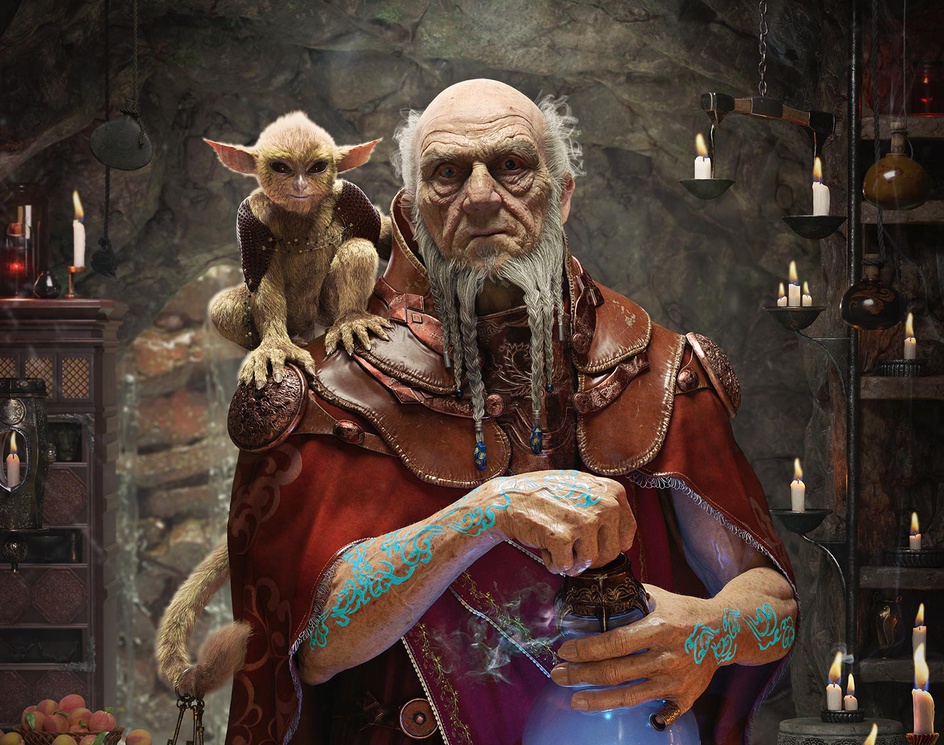 He's a magician, but he's tired of killing and fighting in the outside world.He chose to live in a cave.Study magic here?Because he was afraid of loneliness, he raised a monkey. He wants to create a magic that can stop people from fighting and killing