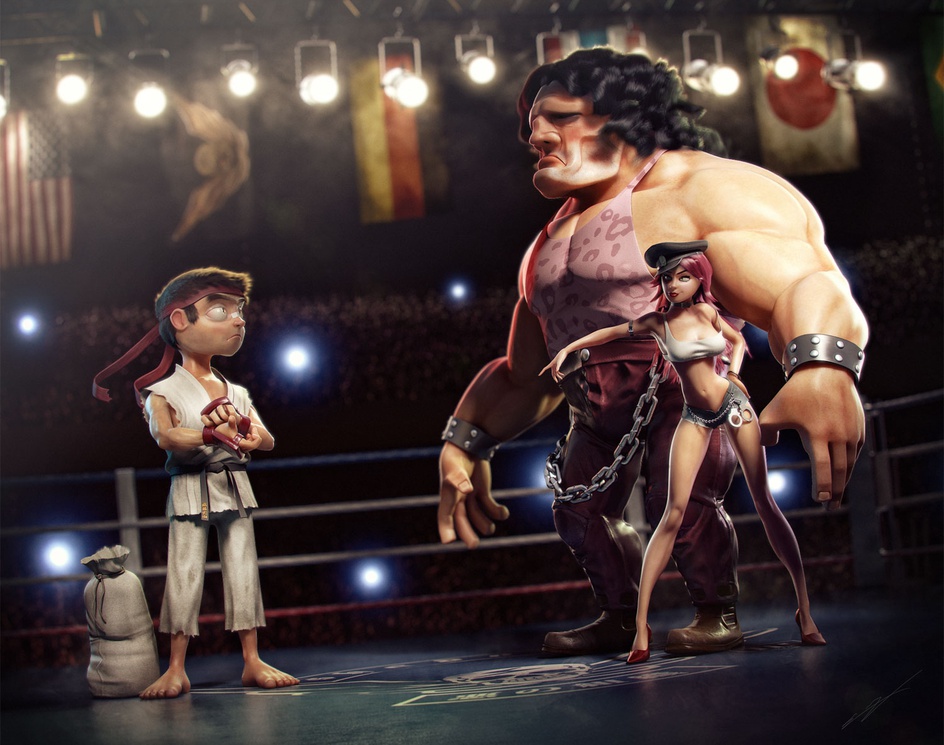 Woah! It's been a long time since my last post here! In the last year, every day after the work me and Marcel, a friend of mine, we were used to play Street Fighter III: Third Strike, me as Ryu and him as Hugo, and damn dude, those were some amazing hours of fun and epic battles! When I decided to make this one to improve my characters skills, I couldn't think on another characters than those three guys! (two guys and a chick - yep, Poison it's a woman, I've made some research during this job! hahah!) Just to explain, the boxing ring scenario was based on many of Street Fighter characters endings sequences! If you notice, many endings with fights occurs on a boxing ring, but never existed one in the gameplay! ;D Special thanks to Marcel Fukuwara (http://www.mfukuwara.blogspot.com/) and Lilian, my wife, for the critics,tips and pacience during the process! C+C are most welcome! Thank you all and Hadouken! =D Higher Resolution - http://tinyurl.com/4q2gzax