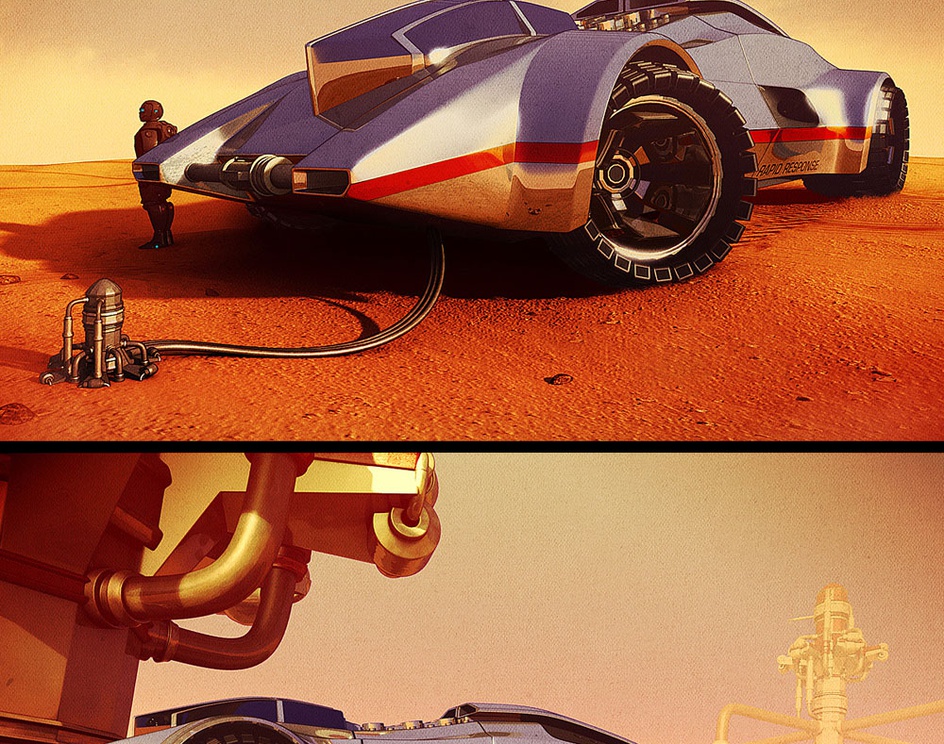 Since the invention of space travel Humans have slowly ventured out amongst the stars colonising planets as they go. This scene is set on Orion 5, a fairly large planet mostly made up of desert landscapes. Orion 5 Rapid Response units were set up to be first on the scene for people in need of help. These large cruisers are equipped to carry medical supplies and equipment at high speeds across the desert plains. I decided that I wanted to keep my vehicle 'human' in design and hopefully create something fairly grounded in reality that might been seen in the not too distant future. Created using Blender 2.49 and Photoshop. There's bit of a wip thread here if anyone is interested http://blenderartists.org/forum/showthread.php?t=186554