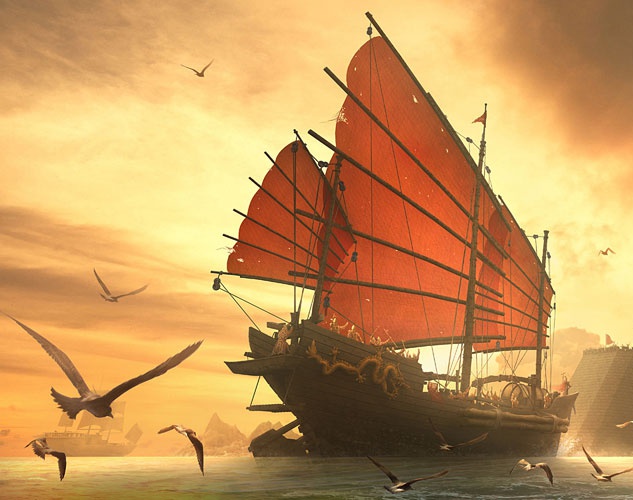 I'm glad to be able to share some of my work with you. In the 14-16th Century, East Asia was the strongest dynasty; she was dominated by Han people, whose total GDP was 50% of the world. However, the GDP of current USA is only 28%; the population of the dynasty was 100-130 million, but was only 50-55 million in Europe. At that period, Beijing was the world's largest city, it had a profound and unique culture, completely different from other civilizations. By manufacturing and exporting silk and china that nothing compared with, Beijing made favorable balance trade with any country. 1 third of silver was deposited here. With the strong economy, it established the world's largest naval to expand and protect its maritime trade routes. The fleet consisted of 3500 warships, 250 of them were used for ocean fighting. The ocean fighting fleet led by Zhenghe arrived at Atlantic Ocean, conquered more than half of the ocean. The whole Southeast Asia is colonized by them. However, finally, the dynasty went to death due to the decayed political system. Her name is Ming dynasty.