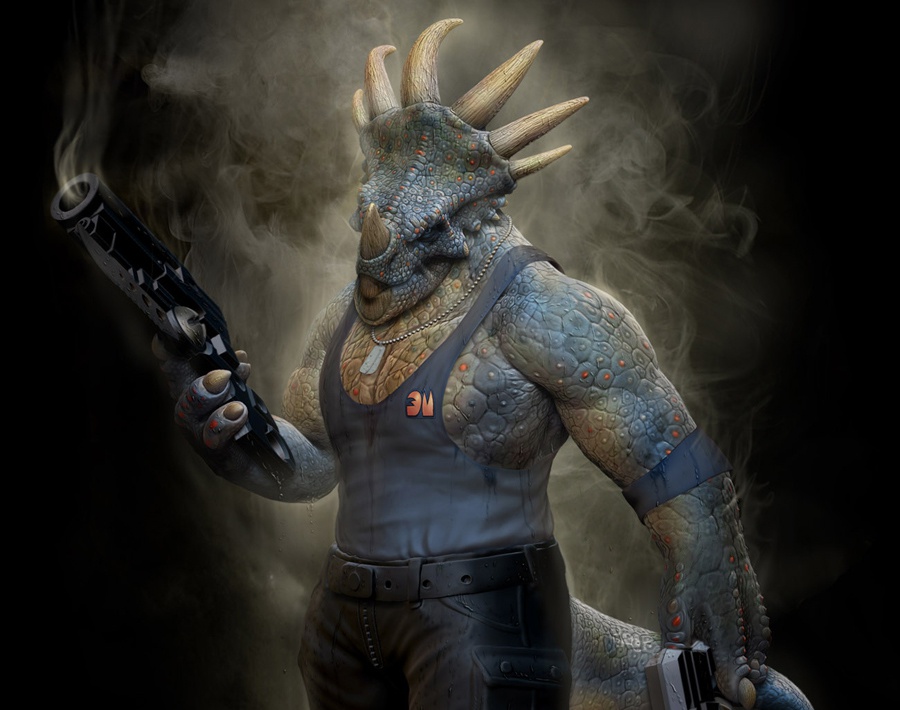 I have been working on this project for the past few months. After quitting my job for a TV company to begin a career as a CGI artist with emphasis on character design, this is my first serious venture into the field. It was mainly accomplished with ZBrush for modelling, and Photoshop for compositing. If you are interested in the concept behind this image depicting one of the DinoMonster team members, be sure to visit the homepage of DinoMonsters on www.DinoMonsters.com. The web page is filled with a number of really good-looking renders (but be the judge for yourself), turntables and other fun content. A word on DinoMonsters: They are group of characters forming a special operations team contracted to a big scientific Institute. Accidentally, they become mutants: half-man half-dinosaur. My goal was to make them into a comic book character/artbook/toy, and to push this thing further than it already has been. There is whole story behind these characters and currently I'm finishing sketching out the very first episode. Six connected stories are written about how they became what they are, and further on how they formed the DinoMonsters team and fought the bad guys. It will be a genuine superhero comic book. If you know a publisher that could be interested, let me know! Also, I'm using DinoMonsters to showcase my skills, to try and get some commissioned work my way.