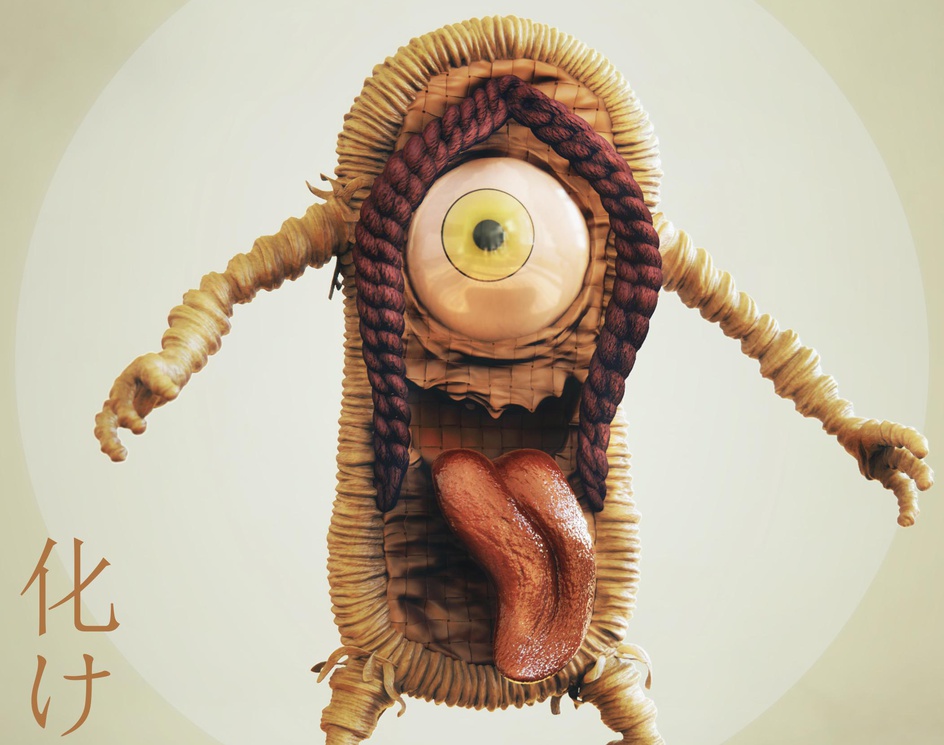 When the straw sandals known as zōri have been mistreated and forgotten by their owners, they can transform into sandal-yōkai called Bakezōri.
These sandal-shaped yōkai sprout arms and legs from their bodies and a single, large eye in their centers. They run about the house at night, causing mischief and making noise. Bakezōri have a favorite chant, which they sing as they run about the house on their tiny feet: