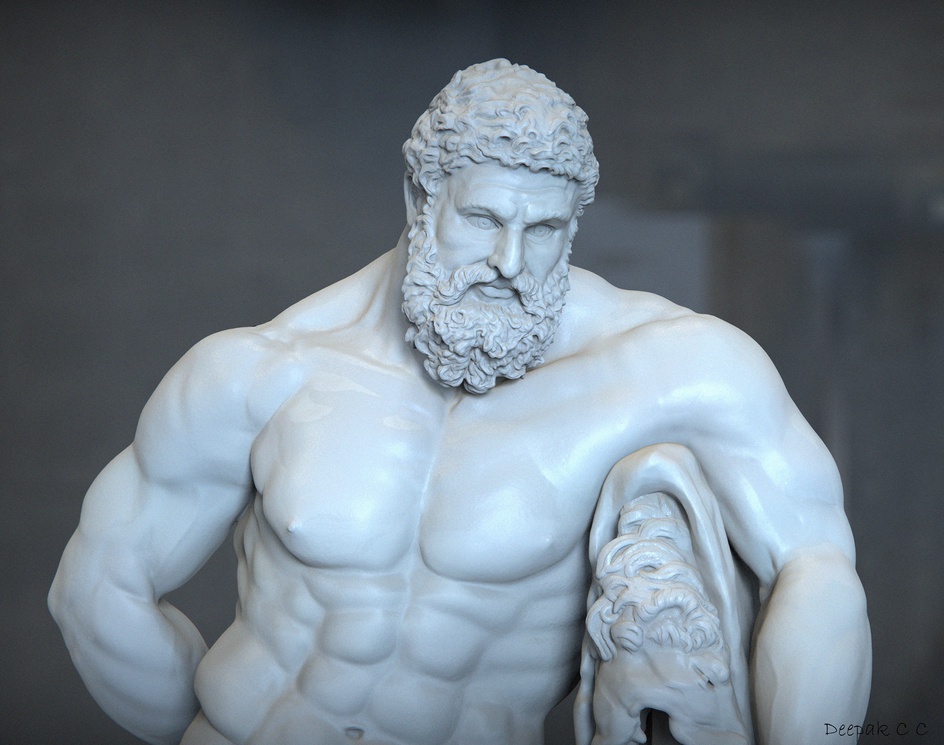 The Punishment- A digital study of Farnese Hercules sculpture