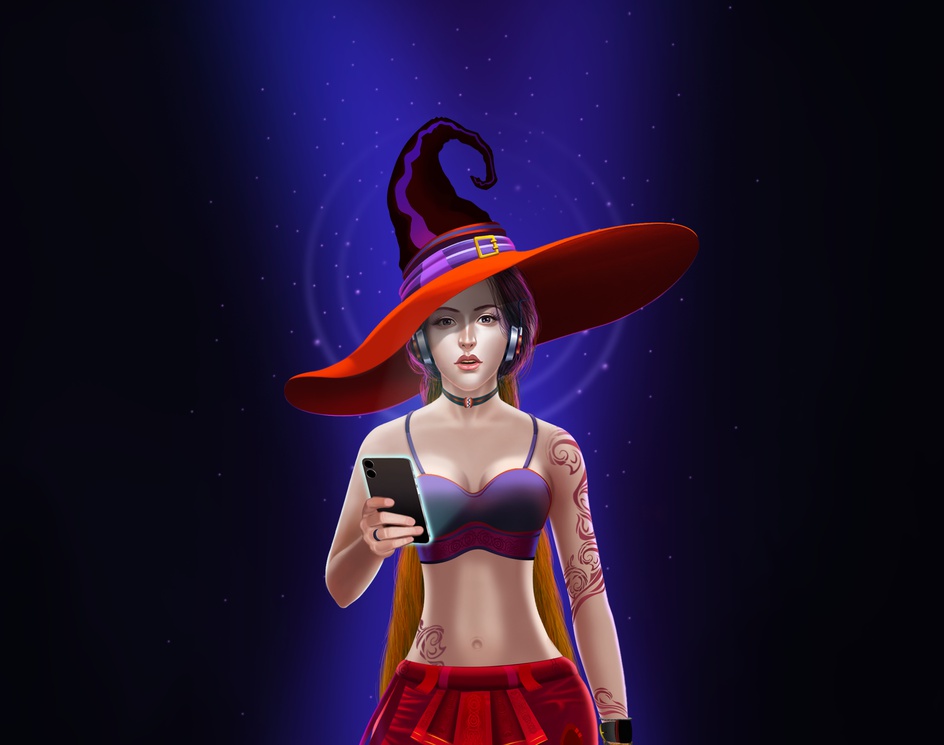 A rough sketch is just the starting point in developing a character. I carry sketch pads around for inspiration and practice several times to bring my character to life adding some line of action parallely while thinking of a dramatic pose. For this particular character I took inspiration from the current generation and the modern models filled with technology in every nook and corner along with bringing out the personality of the "Modern Witch" through her facial expressions, physical pose and the fashion sense. All of us have known witches to be evil and surrounded by potions, I decided to give it a twist by her being with a gadget along with dressing up as what the modern world would call- Gothic.