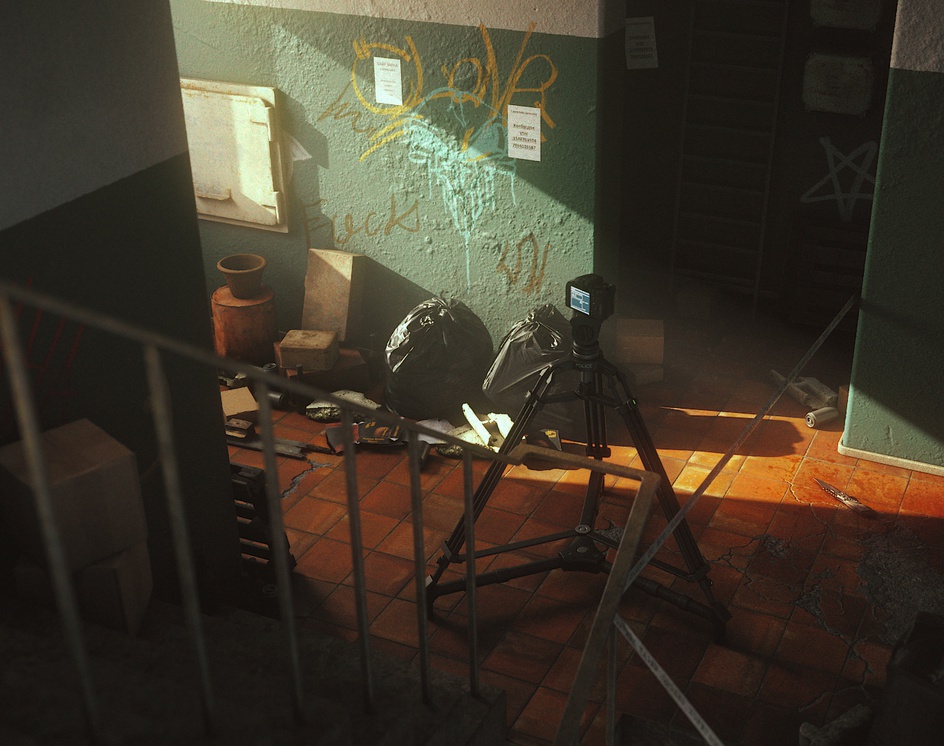 Dark sides of the world #2

"Dark sides of the world" inspired by "Dulguun nuuriin huwuu" song
This song tells a sad story which happened in real life. It was happened in Erdenet city in 1990.
Song lyrics were written by a young man. He is always used to take his girlfriend front of the
porch of her home, when they met. But that day in 1990, they have had a little argument with his
girlfriend and he went back from outside of her flat. Unfortunately he saw his girlfriend the last
time that day. He did not know it. A group of drunken men violated her and then they killed her.
She was alive at the time. She has committed suicide from depression after she went to the hospital.
The man was unable to believe and was shocked what has happened. He was maddened so he was gone in the
mental hospital. While he was being treated there the song poem was written.