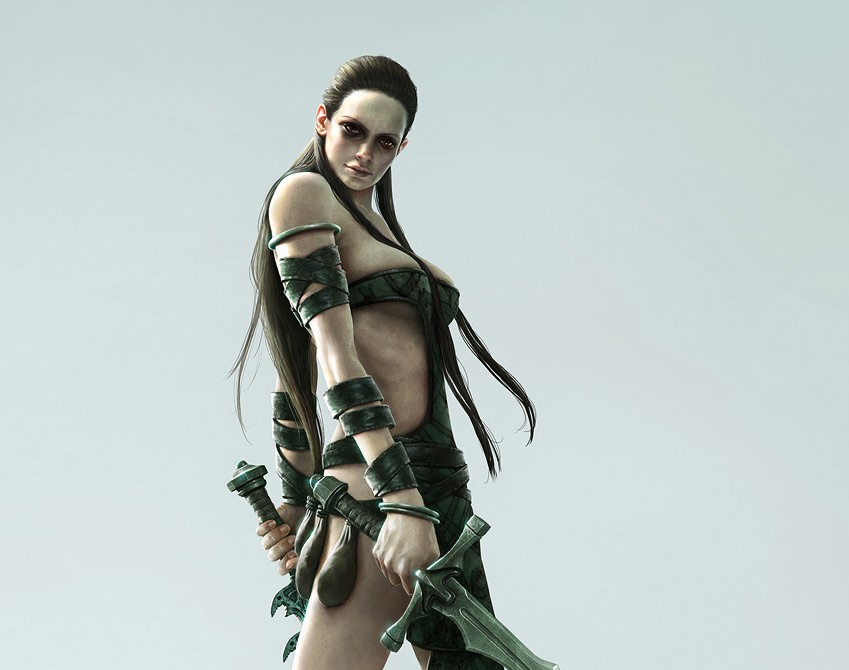 The task was to redesign the in-game character to achieve a rather realistic and more detailed feel that works well for the ad campaign.

Since it was used for life-size standee prints, the artwork has an extremely high resolution; it was a challenge to bring in all the details while preventing from a too stiff and unnatural look with that huge size.