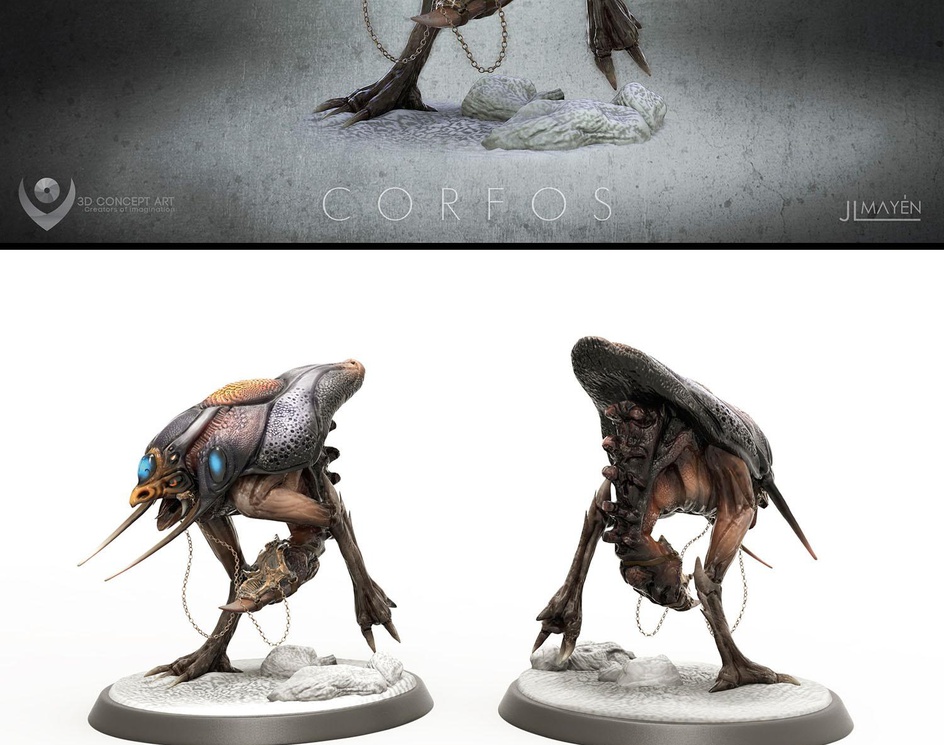 This is my entry for the Creatures vs Humanoids Challenge held at 3dconceptart.com, where entrants were asked to design a Corfos or Athalons (Creature or Humanoid) based on a brief they gave. Here I give a little brief I wrote about my creature: Corfos evoluted from an ancient huge bird-like species that populated some planets looking always for blue gems, the most valuable resource. These blue gems are now implemented on their body, and allows them to illuminate them for night exploration and battles. This gives them a good advantage in front of their enemies. There has been an endless battle for the blue gems, so that the Corfos have become a kind of war creature. Because of this process, they have developed a strong shell which protects them from above, having also horns to attack downwards while running; they have an stinger at the end of their bodies and strong and fast legs. Due to their battle aptitudes, there are some of them who were captured by the Athalons, and put down to serve them as war mounts. That's why there's a golden throne on this Corfos, because he is the servant of a warlord'