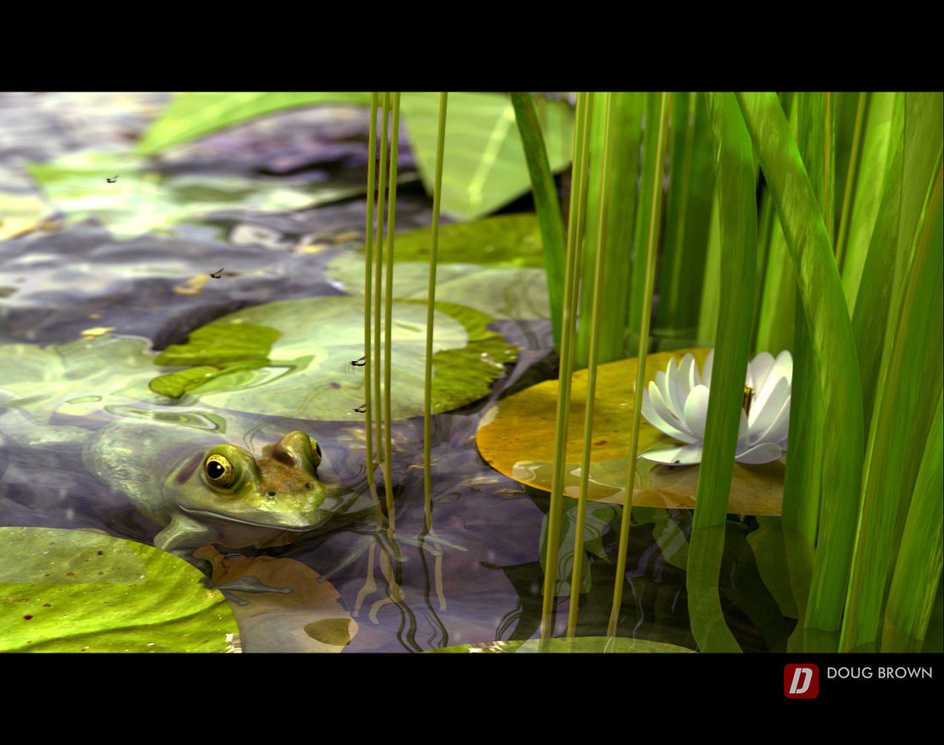 I grew up on lakes in New England and always wanted to create something like this. It was also an endeveour in expanding my skillset. The frog was modeled in LW 8.5, displacement in ZBrush2.0 and texturing via Zbrush/Zapplink and photoshop. The environment was modeled in LW and textured in photoshop. Rendered in LW 8.5. The scene is animated as well and can be found on my demo reel on my website.