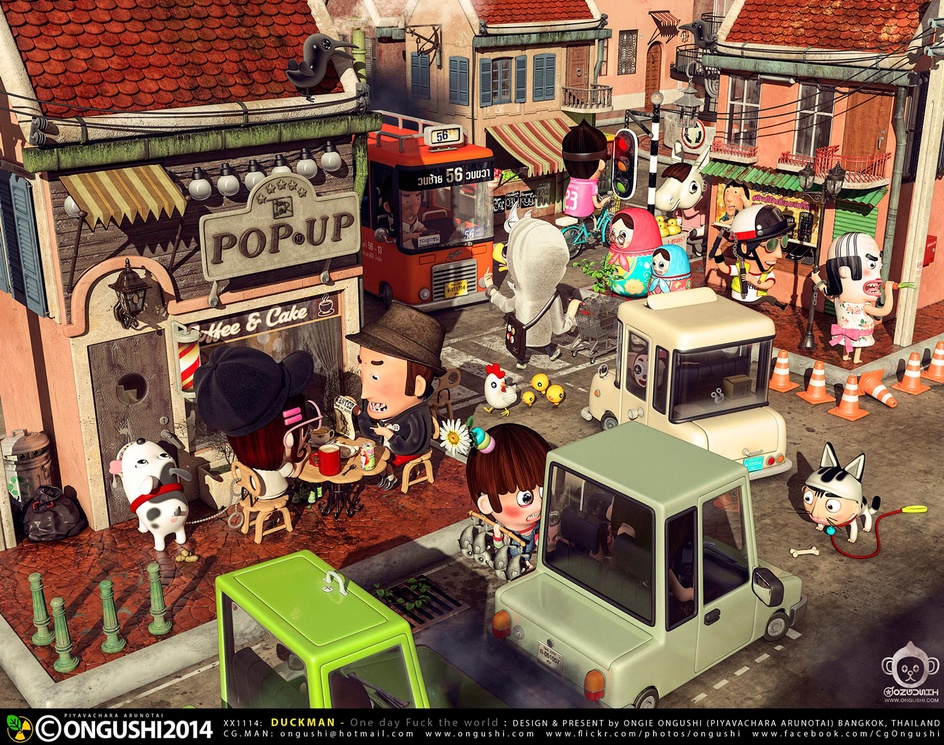 This creation is applied from the original black and white named "Pop Up" which is the one of scenes in One day Fuck the world by Tan-Star,famous artist of Thailand. Also, it is modified to new looking called DUCKMAN. Both of the owner and remaker, Tan-Star and Ongushi, deeply hope this work will be developed to be a well-known animation addicted by every tarket in the future. HD Here: www.ongushi.com/images/inweb/2014/2014_07_tan-star_hd.jpg www.ongushi.com www.facebook.com/CgOngushi